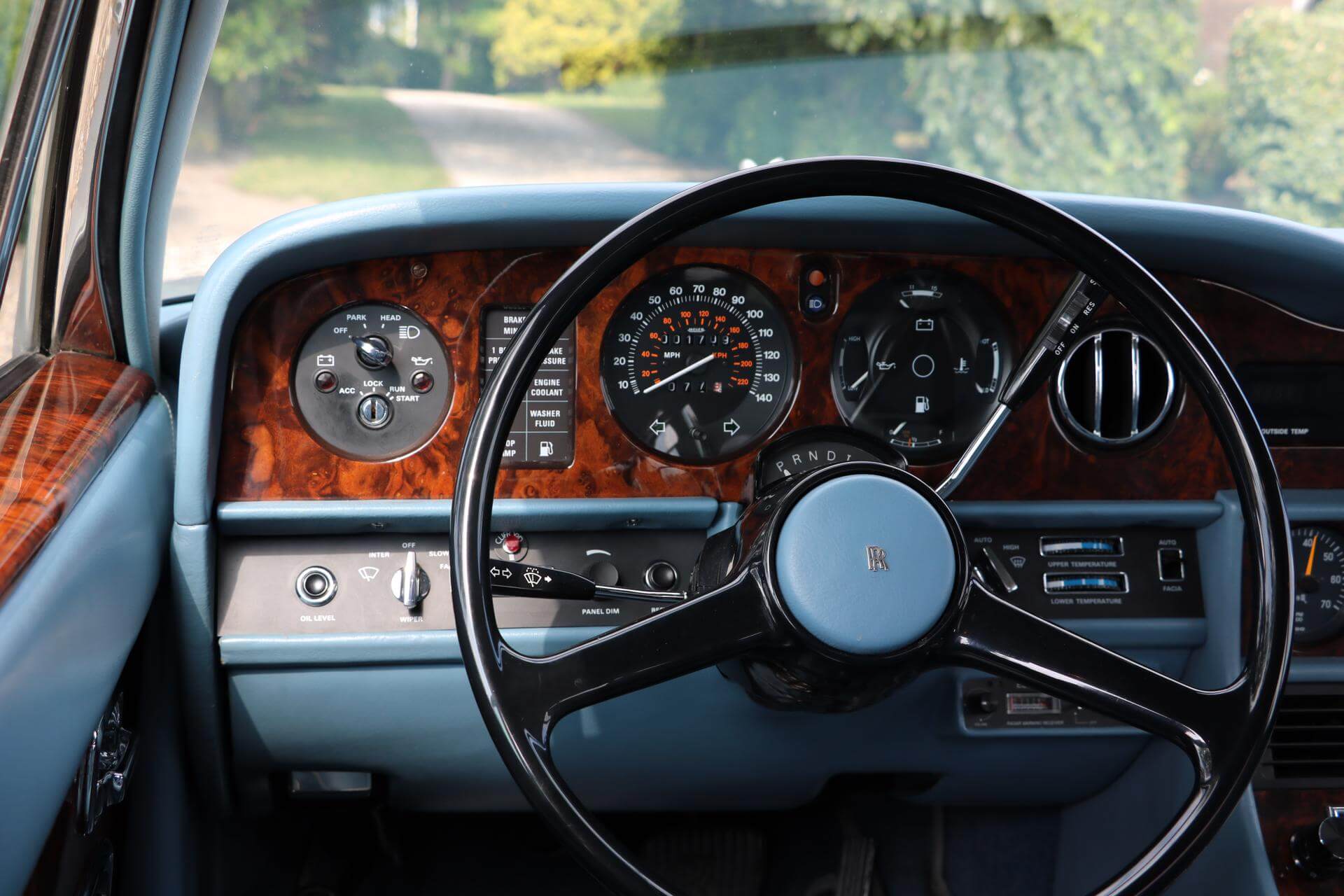 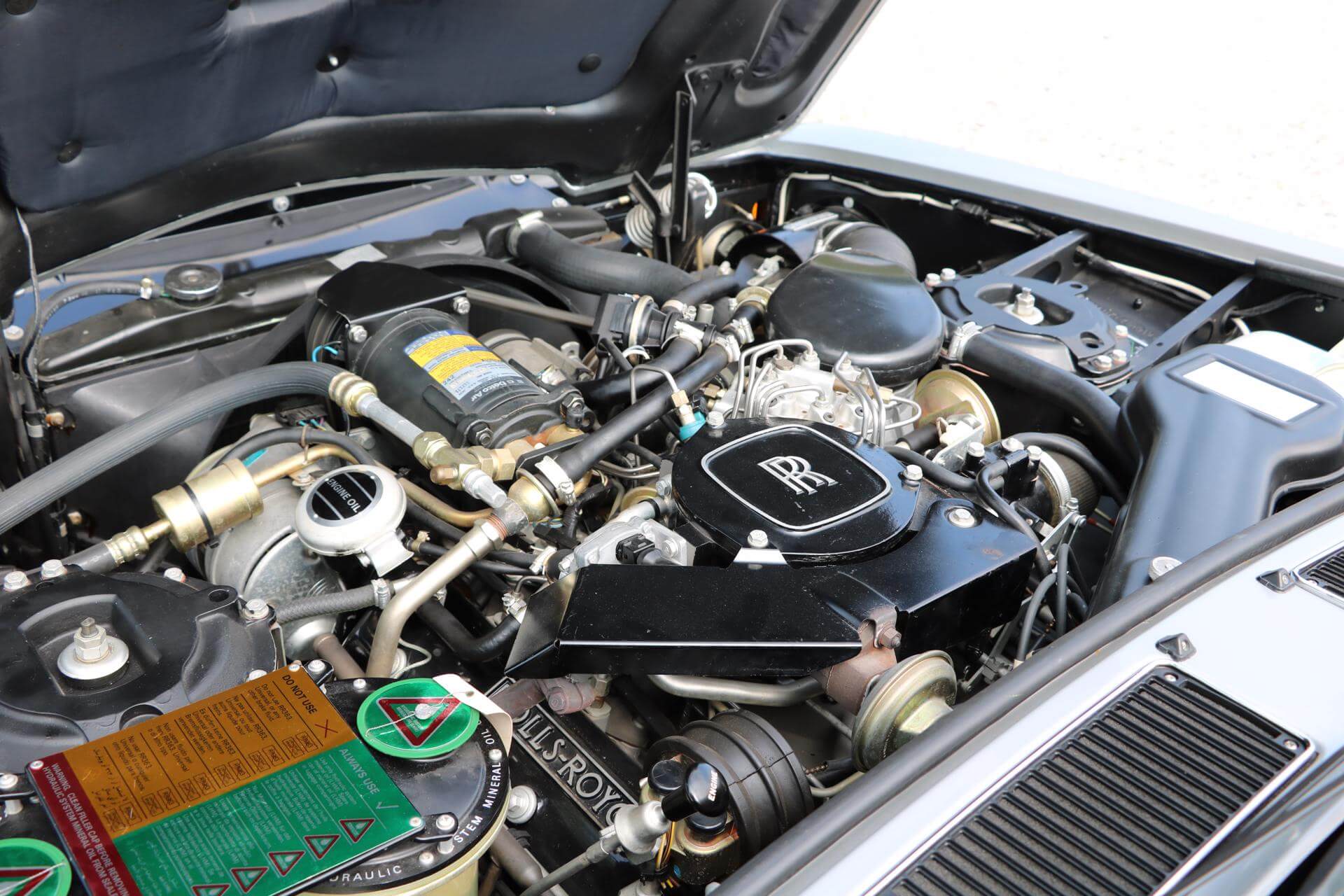 A Rolls-Royce Silver Spur by Hooper is very rare.

When California real-estate tycoon Angelo Markoulis (1926-2012) decided in late 1983 to reward himself for his extensive business achievements, he wanted something truly special. He visited Spencer Pressler at Cerrito Motor Coach Limited, the Rolls-Royce dealership in San Jose, California, and commissioned a one-off Rolls-Royce Silver Spur with additions by in-house unit Hooper & Company Ltd. Named as tribute to their former premises located at St James Street in London, the “St James” took almost a year to complete.
The Hooper conversion was extensive. Finished in two-tone Georgian Silver and Ocean Blue, external additions included an oversize sterling silver Flying Lady, power rear sunroof and special ‘Hooper’ and ‘St James’ badges on the boot. The interior was ordered in Light Blue Luxor leather and Grey piping, complemented by a Grey headliner and Mountain Blue carpets bound with Grey Luxor leather. Wood veneer picnic tables, cocktail cabinets and a television are available to those passengers in the back seats, while the dashboard holds an Alpine AM/FM stereo and equalizer with an Alphasonik Autosub. Other unique features include radar detector and Harris telephone (1984!). This is a very unique Rolls-Royce Silver Spur by Hooper.

In 1987, after driving the St James for 1,335 miles, the vehicle was put to rest in the family garage. Used sparingly since, when sold to the Netherlands in 2015, the odometer read just over 1,500 miles. The St James was shown at Concours d’Elegance Suisse in 2018 where it placed 1st in the Future Classiques, Berlines de Luxe 1980–1985 class. Recently serviced and ready to be enjoyed. Currently the car has driven a total of 1,655 miles since new.

With such low mileage, it presents in exceptionally well-preserved condition throughout. A true one-off with almost every option possible, the ‘St James’ will surely attract collectors looking for something truly special.

Import taxes for both EU countries and Switzerland are paid for.