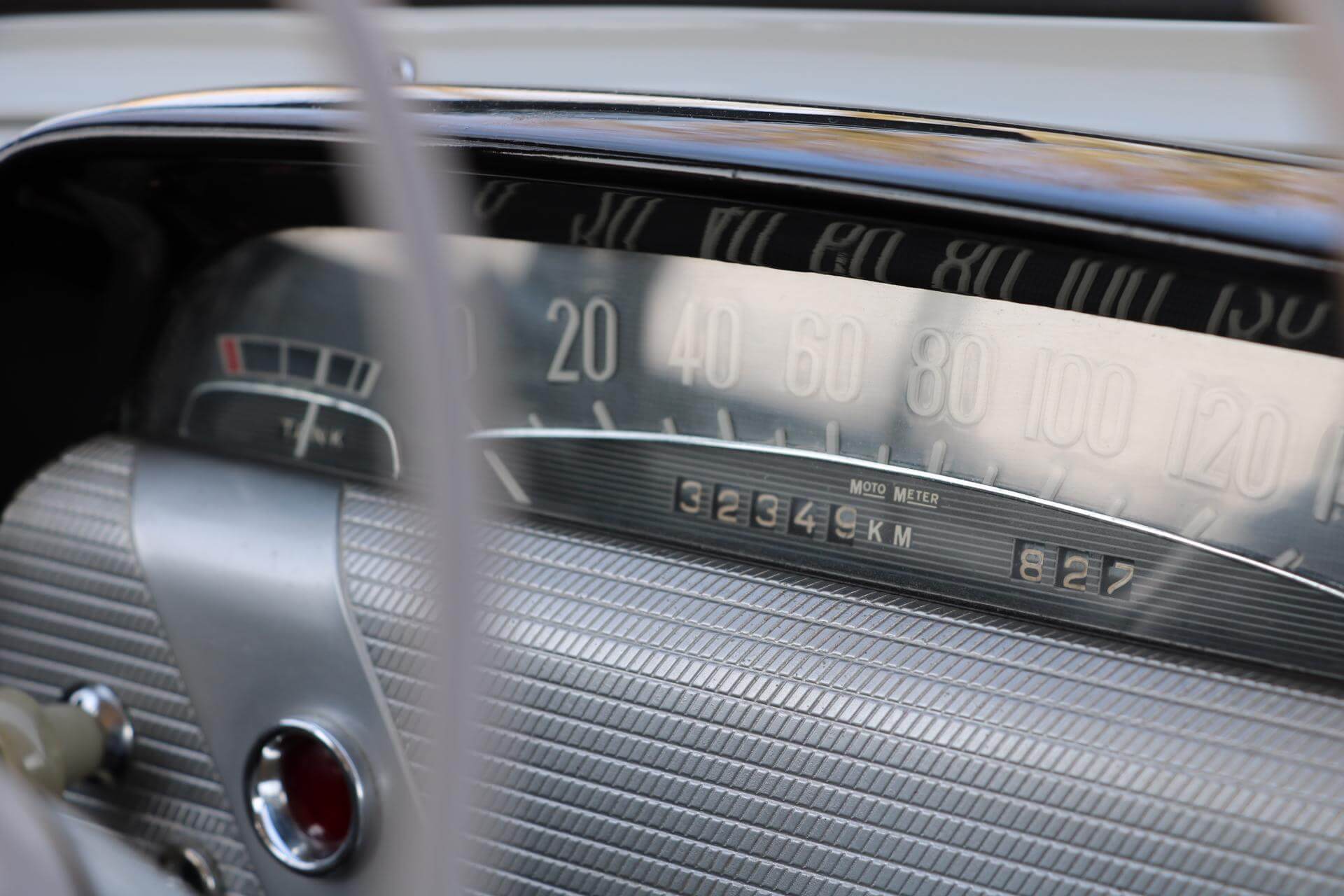 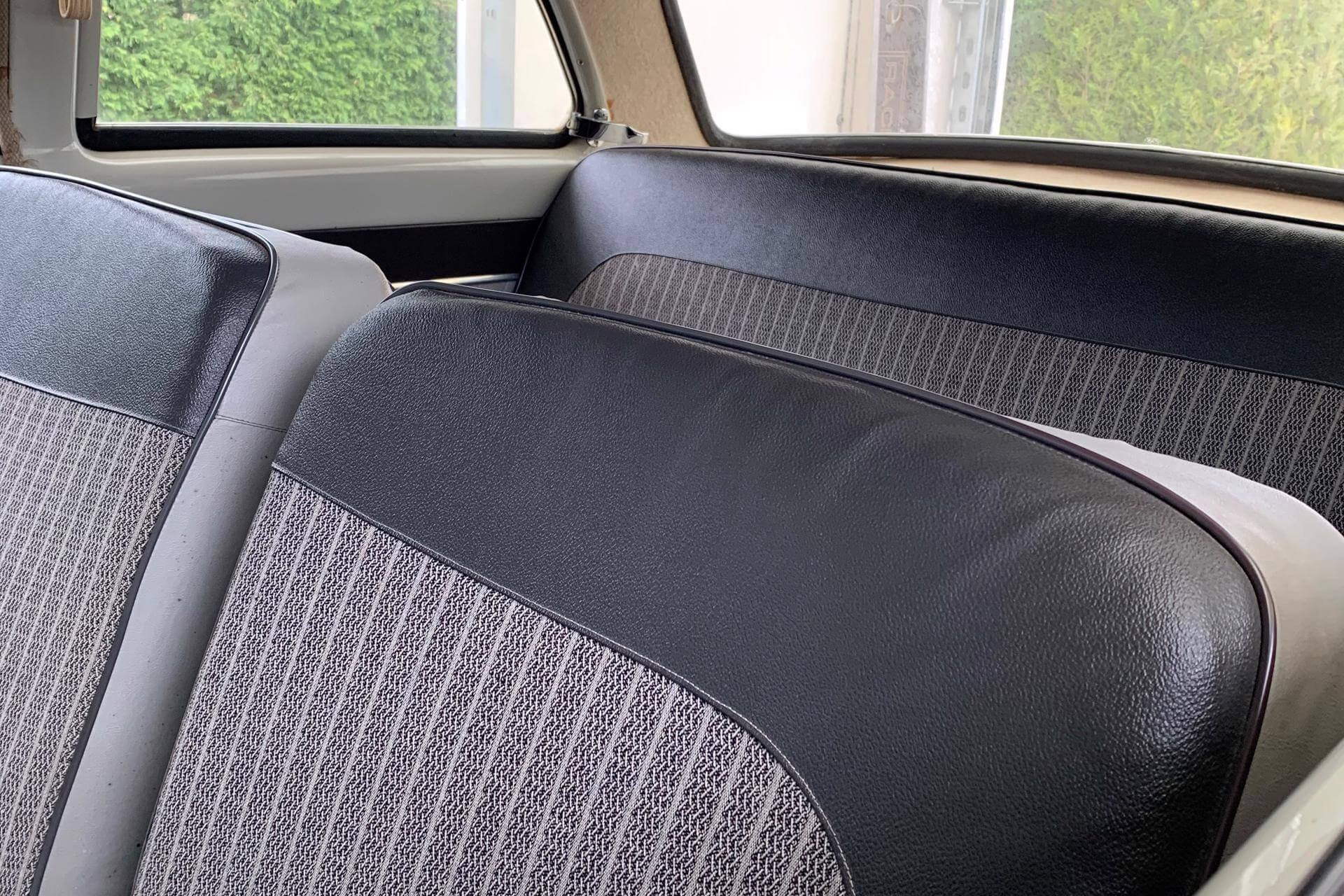 The Ford Taunus P1 was the first new German Ford after World War II. It was marketed as the Ford Taunus 12M, and, between 1955 and 1959, as the larger-engined Ford Taunus 15M. The company produced a succession of Ford Taunus 12M models until 1970, as the name was applied to a succession of similarly sized cars, but the first Taunus 12M models, based on the company’s Taunus Project 1 (P1), remained in production only until 1962. In that year the Taunus P1 series was replaced by the Taunus P4 series.
At its launch, the car placed Ford ahead of the pack, being unusually modern in terms of the bits that showed. It was one of the first new cars to appear in Germany since before the war, and featured a radical ponton format “three box” body as pioneered (at least in Germany) by the 1949 Borgward. The three-box car body format would soon become mainstream, but when the Ford Taunus 12M appeared in 1952 competitor manufacturers including Opel, Volkswagen and Auto Union were still competing with models based closely on designs originating in the 1930s. Body styles were two door sedan, two door station wagon and sedan delivery.
The original plan for the strikingly modern design came from Ford in the USA who drew up a proposal based on the ponton format Champion model introduced to the US auto-market a few years earlier by Studebaker. The Studebaker design had already proved highly influential on the domestic programs of mainstream US auto-makers. Cologne based production engineers adapted the US proposal for the German market. The Studebaker featured a large roundel directly above the front grill on which was displayed the propeller of an airplane. The Ford Project 1 also featured a prominent roundel at the front of the car, but in place of the Studebaker’s propeller design, the Ford roundel featured a hemispherical depiction of half a globe. This bold and unusual decoration led to the new car becoming known as the „Weltkugeltaunus“ (Globe Taunus).
A Ford Taunus 15M drove in the Mille Miglia.

This Ford Taunus 15M was delivered when new on August 20, 1956 to Mr Harry Jacobsson in Uleberg, Sweden. The full history of this car is known. The car is in highly original, not restored and perfect patinated condition. With the car we have full history file, including the original sales invoice, guarantee documents, service records, insurance documents, Swedish registration papers and a swedish “Classic Motor”-magazine with the second owner. This second owner, a Mr Lars-Gunnar Svensson from Lysekil, bought the car in 2008. In 2016, the car was exported to The Netherlands and handled by us to a serious collector. He registered the car in The Netherlands but didn’t use the car. Recently he offered us the car and we bought it back immediately. The car is completely serviced, brakes are overhauled and this is a unique original piece of history displaying a mere 33,000 KMs since new!

An interesting piece to drive the Mille Miglia, club events or enjoy in your collection. It brings back memories of times gone by.

This Ford Taunus 15M Weltkugel is for sale. Please don’t hesitate to contact us for further details or an appointment.