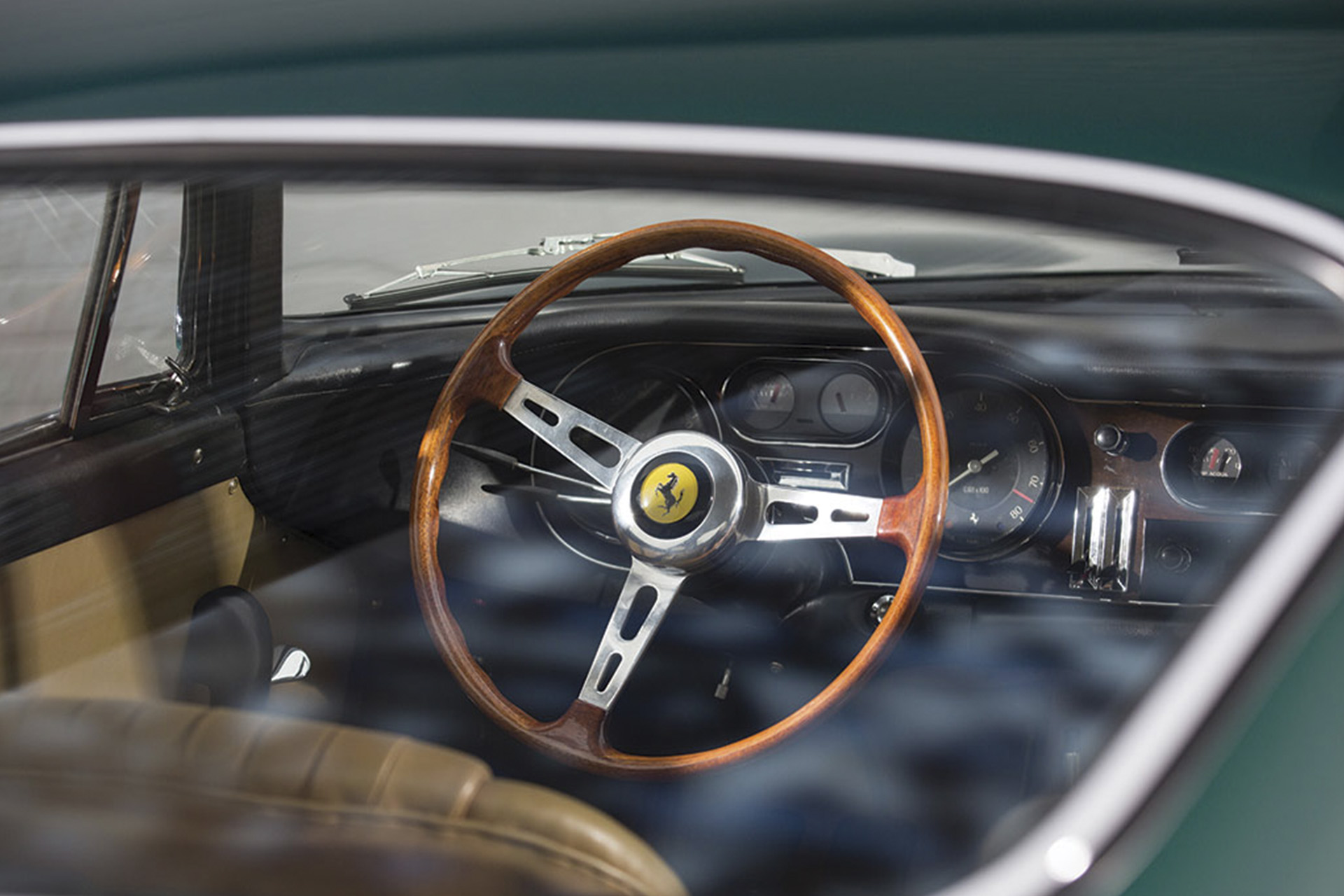 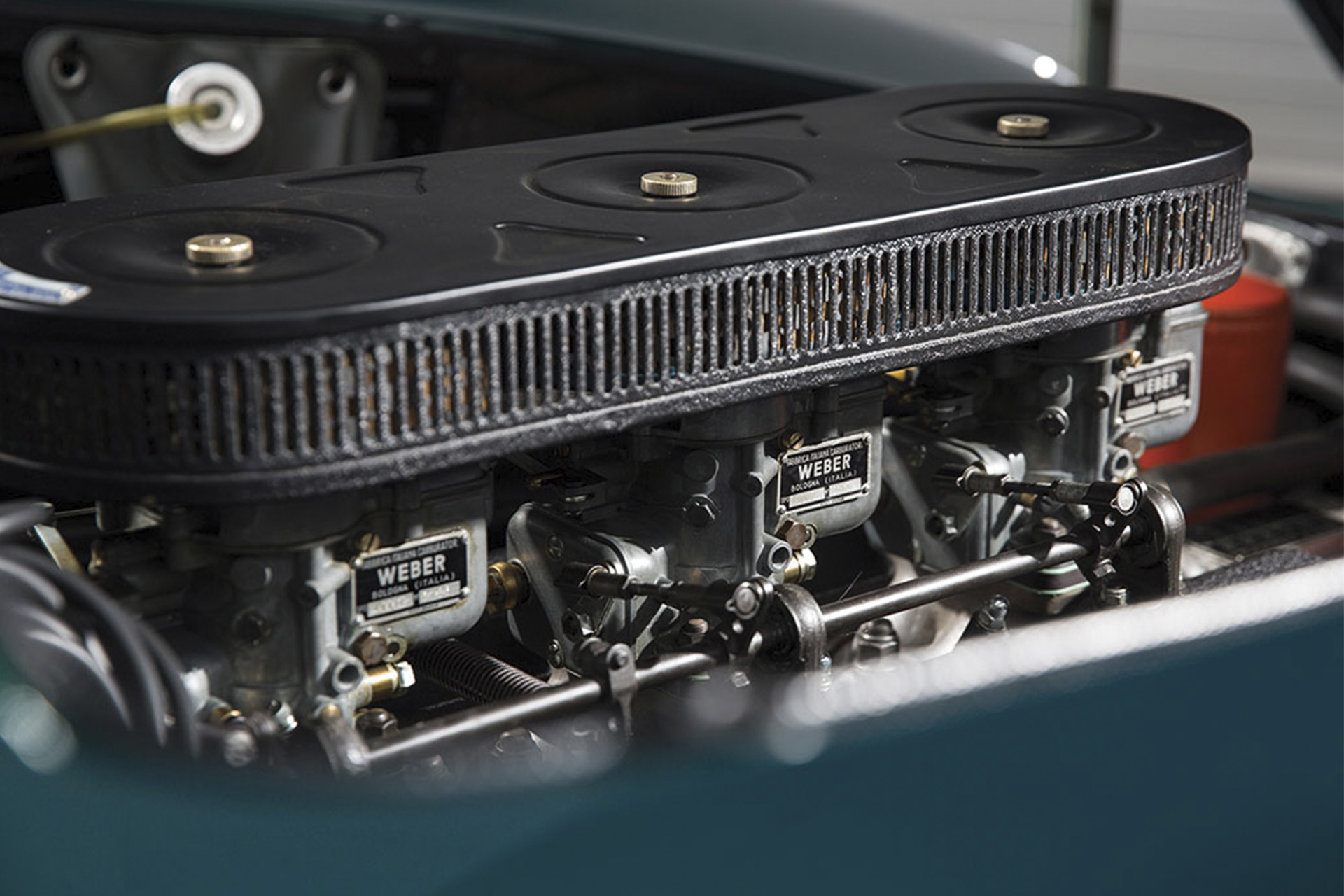 A pair of new Ferraris broke cover at the 1964 Paris Salon: the 275 GTB and 275 GTS. Although both cars boasted identical welded steel tubular flame chassis with fully independent suspension, five-speed manual transaxles, and 3.3-litre Colombo V-12s, the similarities ended there. Both cars looked drastically different, with the GTB’s bodywork being crafted by Scaglietti, and the GTS coachwork built by Pininfarina. The engine in the 275 GTB was rated at 280 brake horsepower, while the 275 GTS’ engine had an output of 260 brake horsepower.

This car was originally supplied through official Ferrari Dealership Rugico in Madrid, Spain. In 1966 the car was registered in Switzerland with Geneva plates: “GE 57243”. In the late 1980s the car was acquired by a businessman from Barcelona and the car returned to Spain. This gentlemen kept the car over a 20 year period. This car was always in collector’s hands and was never used on the track. The car left the factory in the current livery of Pino Verde over a beige leather interior. This are exactly the same colors as the 1964 Paris Salon showcar. The car is Ferrari Classiche certified and accompanied by the big red book and many service records.

This matching numbers Ferrari 275 GTB “Shortnose” is now sold. Currently registered in The Netherlands and with a valid APK (like MOT/TUV/CT). Please don’t hesitate to contact us for further details.