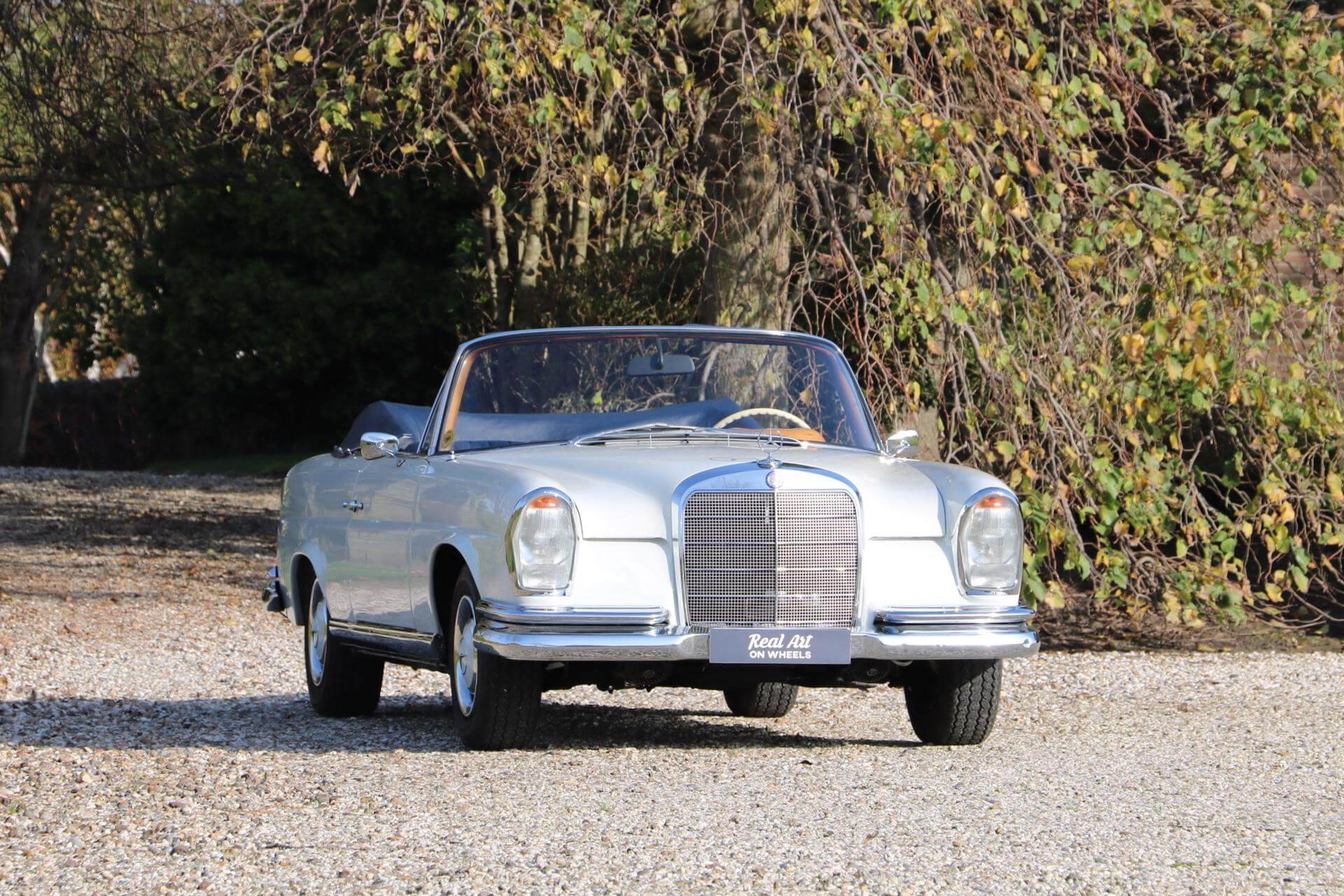 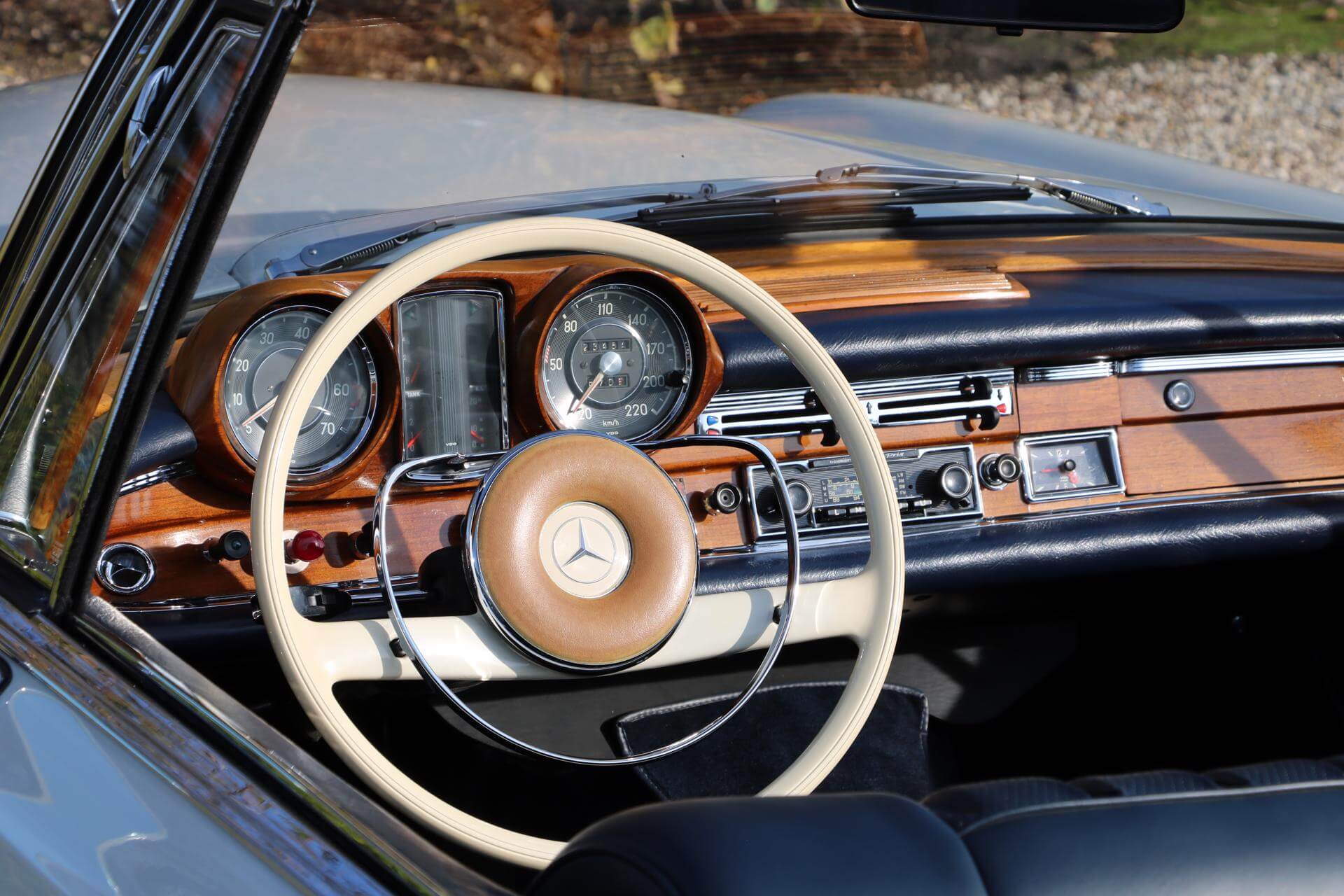 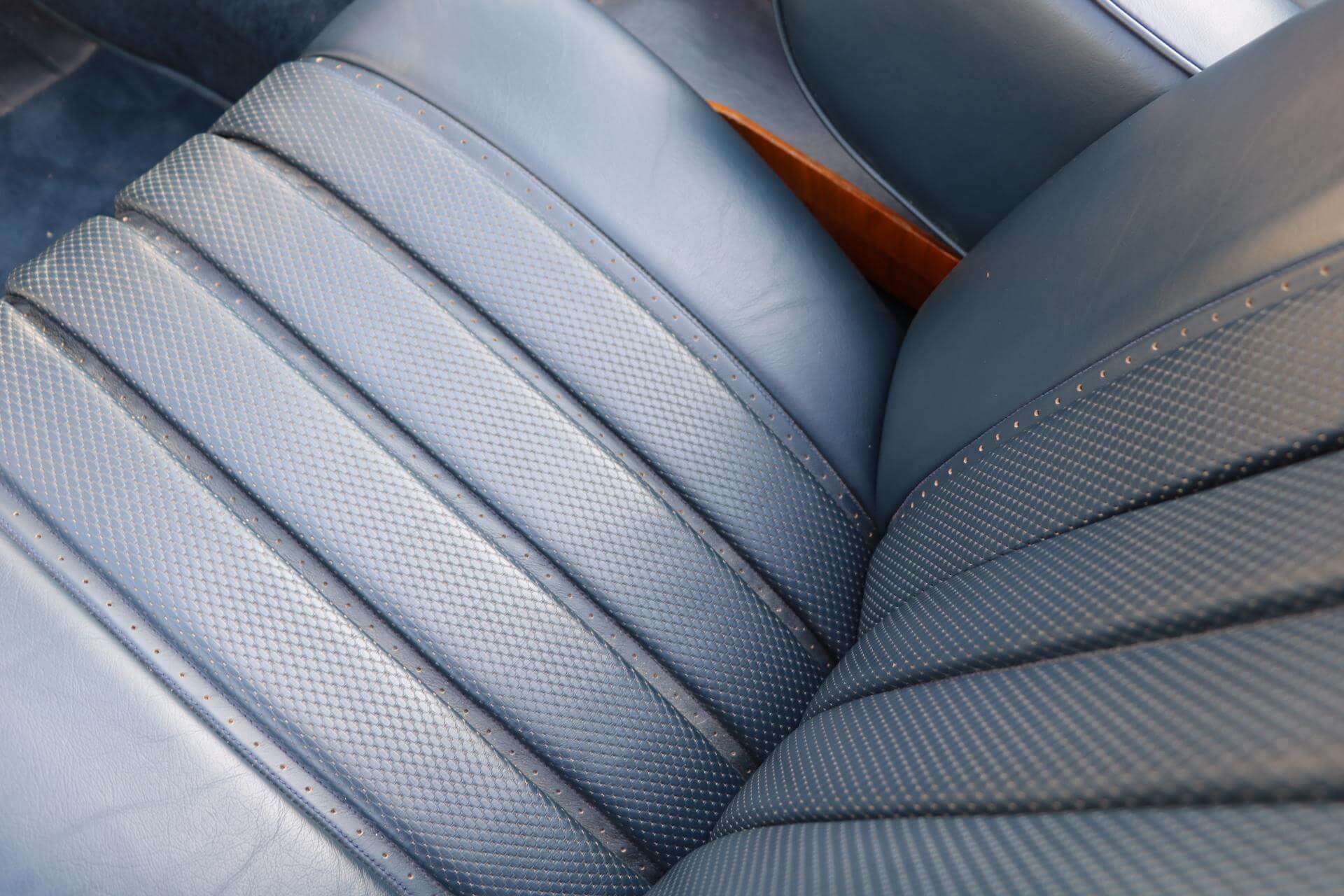 Design of a replacement for the two-door Mercedes-Benz Pontons began in 1957. Since most of the chassis and drivetrain were to be unified with the sedan, the scope was focused on the exterior styling. Mercedes chose the work of engineer Paul Bracq, which featured a more squarish, subtle rear-end treatment, more evocative of the later squarish styling of the subsequent W108/W109 than the sharp-edged tailfins of the sedan. Which were nicknamed Heckflosse.
Production began in late 1960, with the coupe making its debut at the 75th anniversary of the opening of Mercedes-Benz Museum in Stuttgart in February of the next year. The convertible followed at the Frankfurt Auto Show a few months later. Almost identical to the coupe, its soft-top roof folded into a recess behind the rear seat and was covered by a tightly fitting leather “boot” in the same color as the seats.

The 220SE was superseded in early autumn 1965 by the 250SE, which featured the new 2.496 cc M129 engine. Producing 150 horsepower at 5500 rpm, it gave the vehicle a significant improvement in top speed, 193 km/h, and 0–100 km/h  acceleration time of 12 seconds. Visible changes include new 14-inch rims, which came with new hub cabs and beauty rings accommodating the larger disk brakes and new rear axle from the W108 family.

Overviewing the available models, the 250 SE Cabriolet is the most rare. Between September 1965 and December 1967 a total of 954 examples were produced.

This Mercedes-Benz 250 SE Cabriolet left the factory on June 23, 1967. The first owner took delivery three days later – on June 26, 1967. The first owner was “Gierath und Steffens – Fleischwarenfabrik” in Cologne, Germany. On the original German Fahrzeugbrief, we noted that Wilhelm Steffens (born September 15, 1919) – director of this company – registered the car in his private name on November 21, 1975. At that moment the car was 8 years old. He owned the car until it was sold to the second owner in 1996. The car was in the hands of the first owner for 32 years. Around 2010, the car was acquired by a family member of the first owner, Mrs von Deichmann-Greve. The car spent its entire life in Köln. Until it was exported to The Netherlands in 2016. The last 4 years, the car was driven sparingly around the Côte d’Azur.

Over the years, the car has seen little use and all its owners pampered the car. The car was serviced by marque specialists. The car is matching numbers and never had a color change. The timeless elegance of classic Mercedes-Benz motorcars is unparalleled. The Pampyris White (717) paint and blue leather interior are in pristine condition. The engine runs perfect and the automatic gearbox shifts smoothly through the gears.

With the car we have a great history file: noting all the previous owners and many old service records. An original owners manual for the 250 SE Cabriolet is included. The car is recently serviced and ready to be enjoyed.

This Mercedes-Benz 250 SE Cabriolet is for sale. Please, don’t hesitate to contact us for further details. 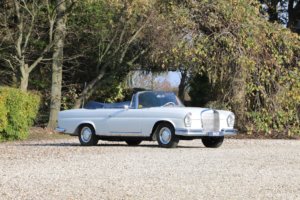 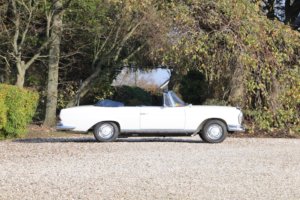 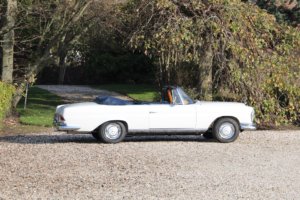 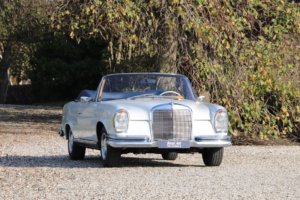 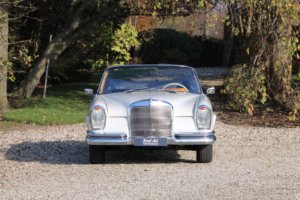 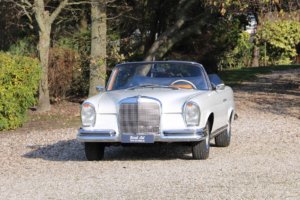 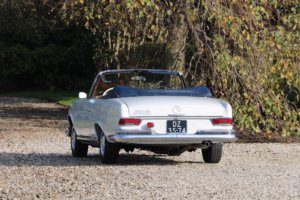 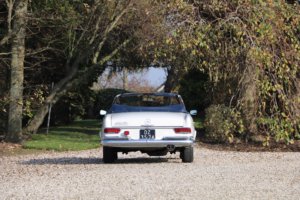 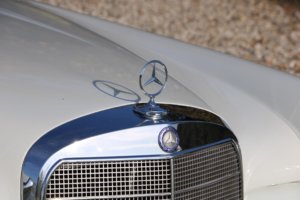 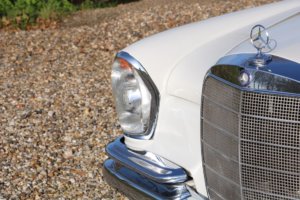 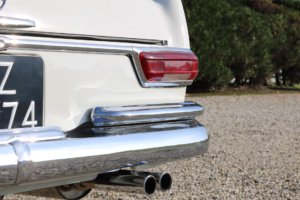 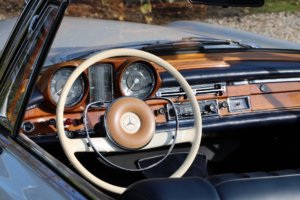 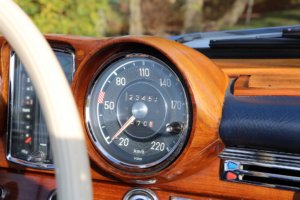 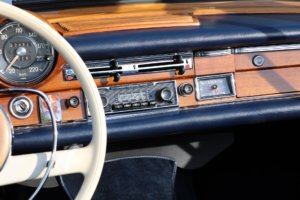 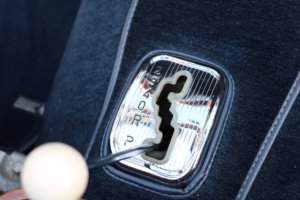 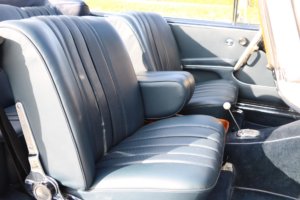 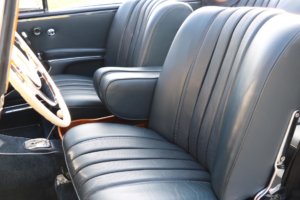 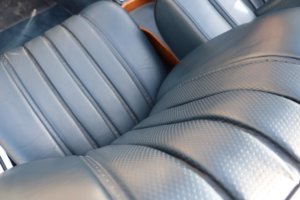 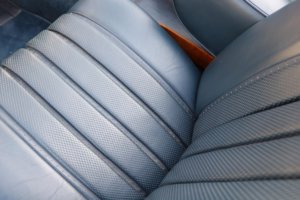 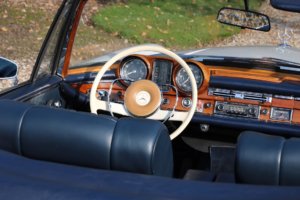 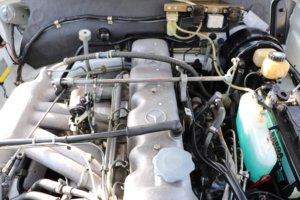 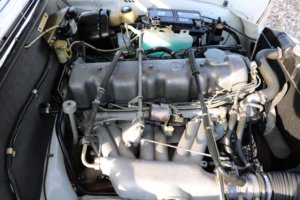 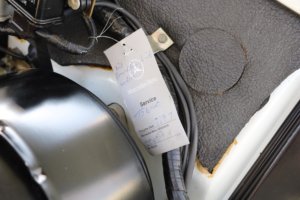 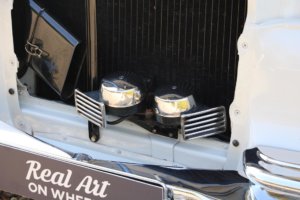 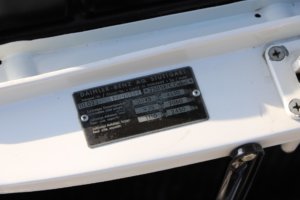 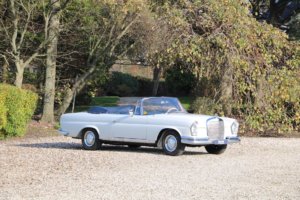