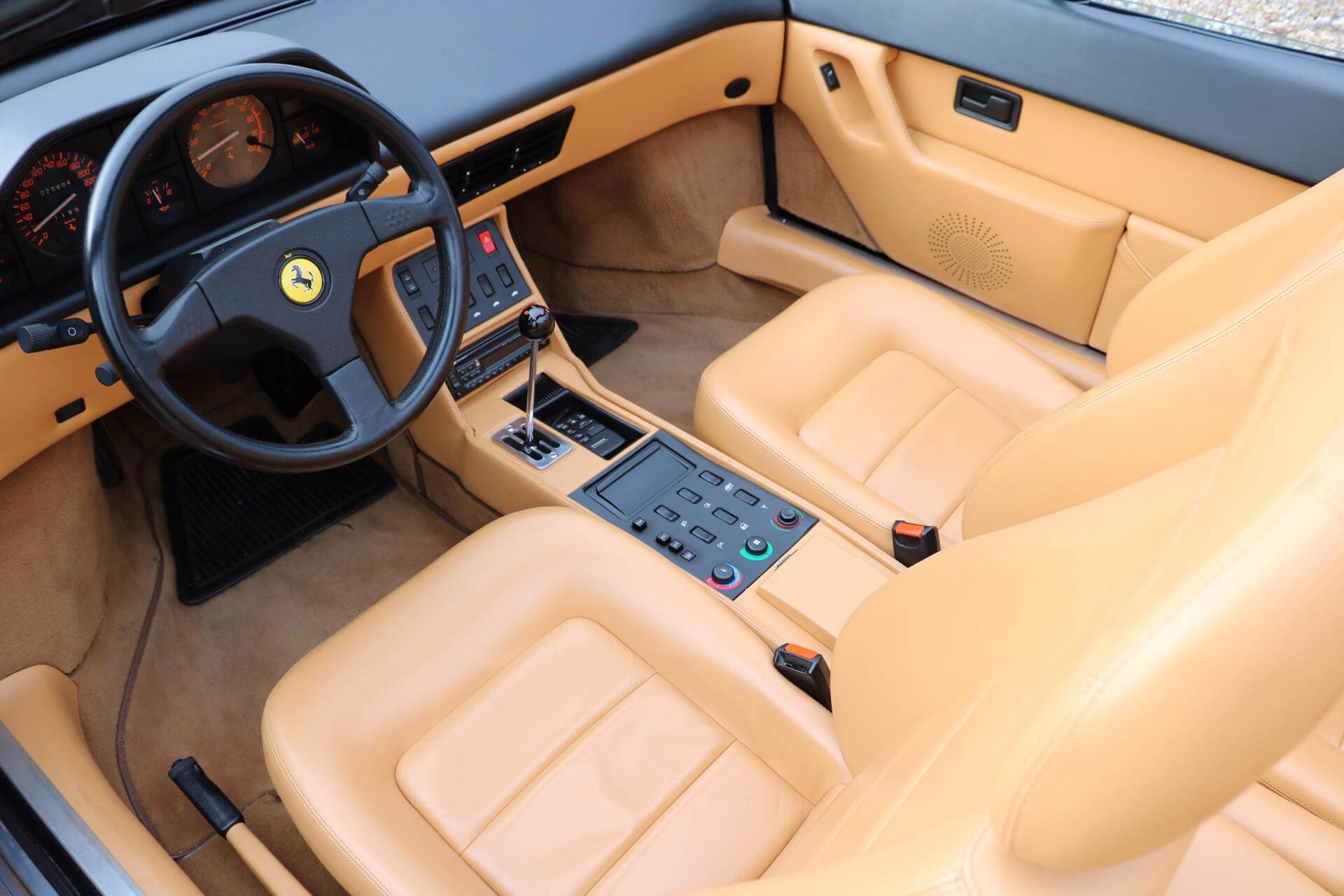 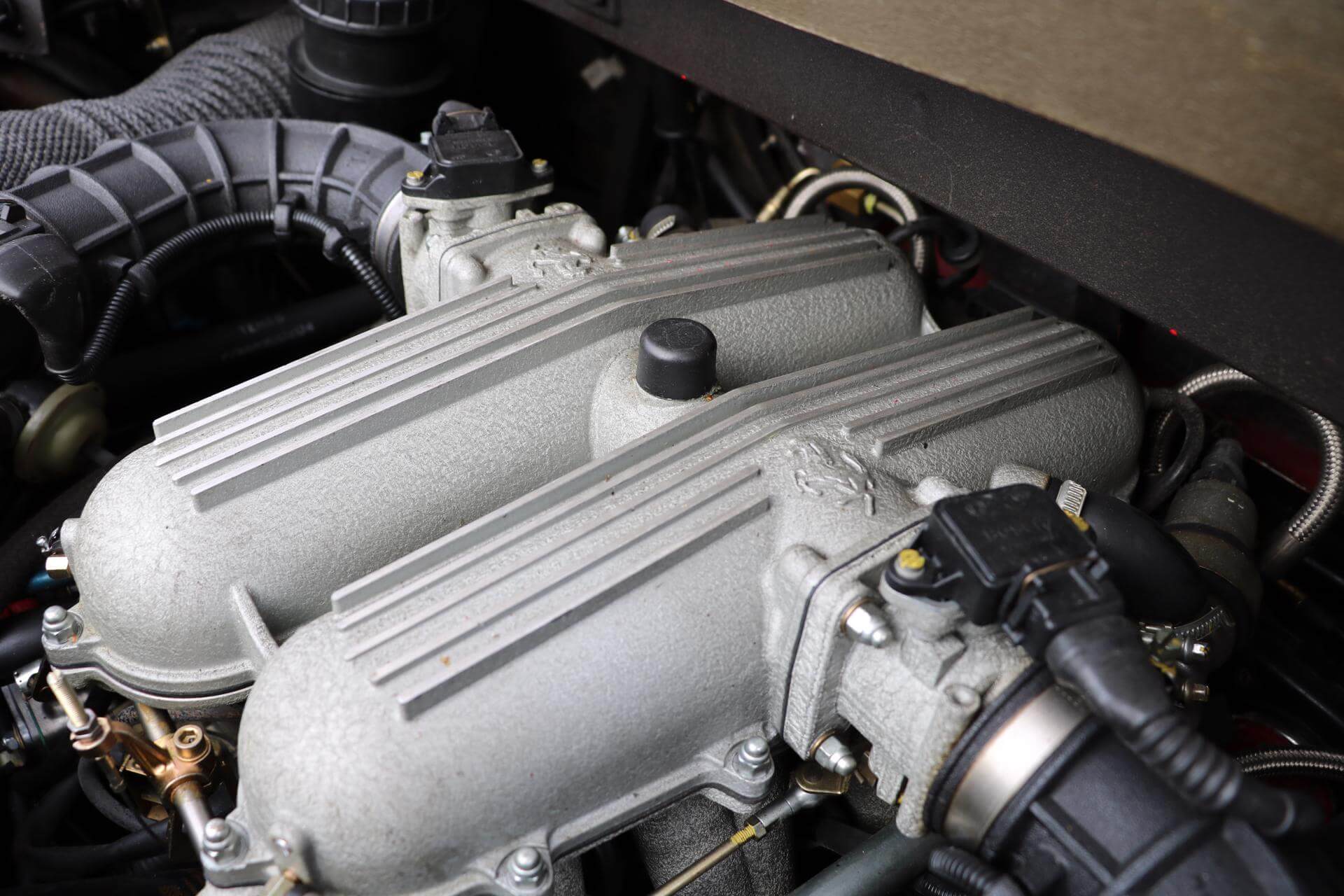 SOLD!
Brand new condition, 2 owners from new
Originally delivered in Switzerland
Only 20.804 KMs driven since new
Including all books and keys

The Ferrari Mondial was offered as a 2+2 coupe or cabriolet and replaced the Ferrari 308/208 GT4 Coupe’s. The car remains the last V8 – rear mid-engined – 2+2 Ferrari until today. The name “Mondial” reflected its worldwide conformance with 1980 safety and emission standards, as well as the company’s prominent motor racing victories. Ferrari had used the nameplate in the 1950s to celebrate Formula 1 World Championships and again in the 1970s to mark its Formula 1 World Constructors Championships.

The Mondial was designed by Leonardo Fioravanti for Pininfarina in Turin, the vehicle designer with whom Ferrari had worked closely since 1951. Pininfarina’s bodywork was manufactured by coachbuilder Carrozzeria Scaglietti.

The final Mondial evolution was in 1989 with the introduction of the Ferrari Mondial T. It was a substantially changed model, “spearhead of a new generation of V8 Ferraris”, according to Road & Track magazine. It was visually different from preceding Mondial models, the most recognizable being the redesign of the air intakes to a smaller rectangular shape. Additionally, the door-handles were of a visually different design, as were the front and rear bumpers which became body colored. New front and rear wings cover wider tracks and are re-profiled to a fuller shape compared to previous models, which feature a rolled lip.

The ‘t’ called attention to the car’s new engine/transmission layout: the previously transverse engine mounted longitudinally while the gearbox remained transverse, thus forming a ‘t’. The ‘t’ suffix was also homage to the first use of a transverse transmission by Ferrari in the highly successful Ferrari 312T, driven by F1 World Champion Niki Lauda. By adopting this layout, a longer engine could be mounted lower in the chassis, improving handling dramatically. The ‘t’ configuration was used by Ferrari’s Formula One cars of the 1980s, and would be the standard for the marque’s future mid-engined V8 cars, beginning with the 348, introduced later in the year. The engine was up to 3.4 L (3.405 cc) and 300 hp. Engine lubrication upgraded to a dry-sump system.
.

This Ferrari Mondial T Convertible is for sale, please don’t hesitate to contact us for further details.