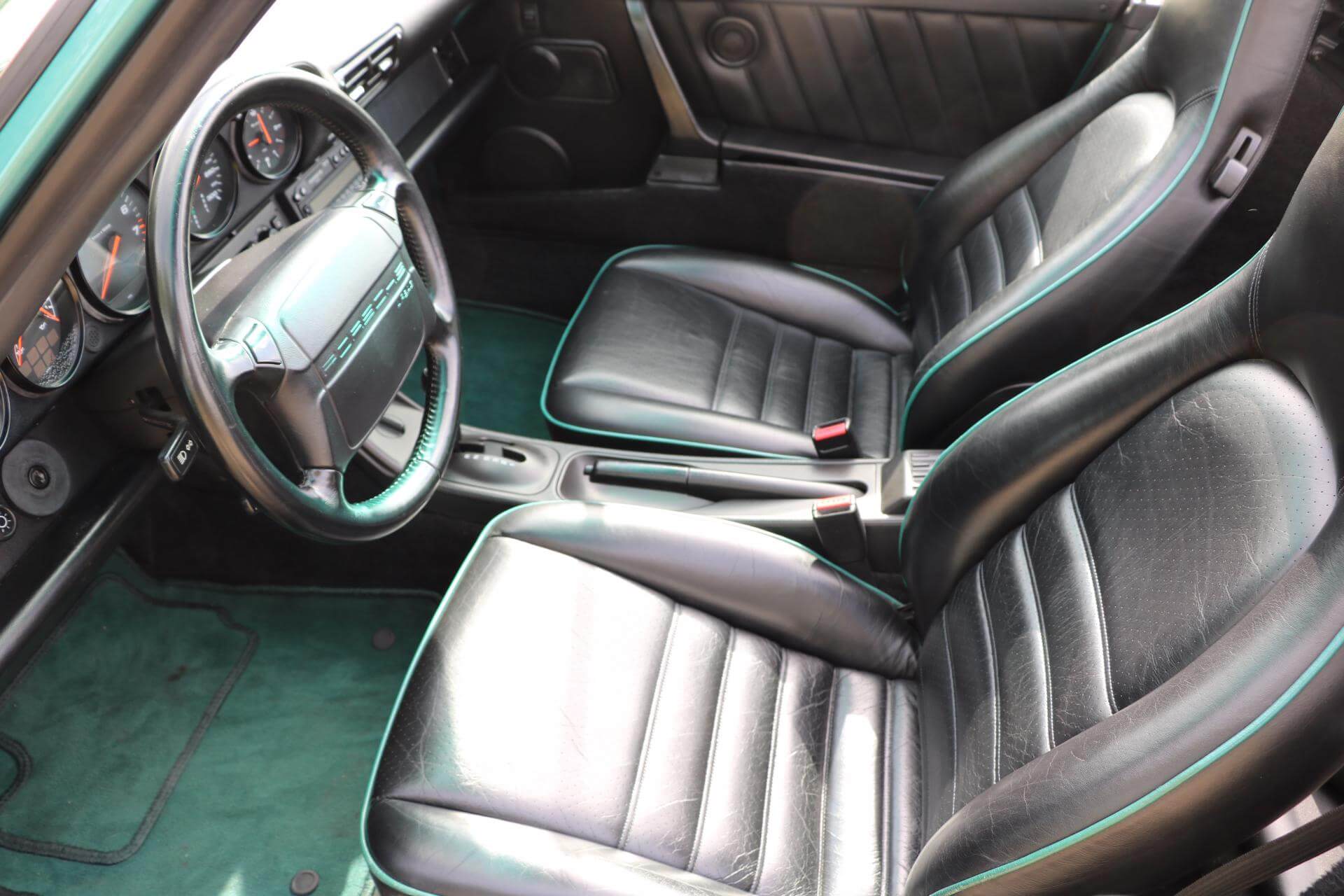 SOLD!
The Turbolook models for the Porsche 964 were available in 1992 and 1993
A total of 1,200 WTL's produced world-wide, only 296 in 1993
Matching numbers, full history known
Completely serviced, original soft top renewed

The Turbolook models for the Porsche 964 were available in 1992 and 1993. Only 1,200 examples were produced world wide in a two year period. Technically the 964 Carrera 2 Convertible Turbo-Look correspondends in most parts to the regular Porsche 964 Cabriolet. Driven by the 3.6 litres 6 cylinder of the Carrera 2, producing 250 horsepower, it reaches according to work data 0-100 KM/h in just under 5,5 seconds and a maximum speed of 260 KM/h. In 1993 only 296 left hand drive examples were produced, of which only 99 examples were delivered with Tiptronic.

On February 16, 1993 this Porsche 911 Carrera 2 Werks Turbo Look was delivered to its first owner in Saarbrücken, Germany. Around 2010 the car was imported into France, where it drove in the Bazel area, near the Swiss border. We can imagine the previous owner made beautiful trips through the Alps. In September 2011, the car featured in the French “RS Magazine”.

In 2012, the car was imported into Belgium where we bought it from a real Porsche enthusiast earlier this year. We enjoyed the car this summer. With the car we have a beautiful history file, including the original instruction and service booklet in its leather cover. Besides these documents, we have copies of the German, Belgium and French registration documents. Following the “Porsche Geburtsurkunde” we see this is an original matching numbers car in its original colour schedule of Wimbledongrün metallic over a black leather interior with matching green piping.

Currently the car is registered in The Netherlands and comes with a valid APK (like MOT/TUV/CT). The car is accident- and rust free. The car feels, looks and drives like a 50,000 KMs Porsche – however the odometer displays 182,465 KMs. Recently the convertible top has been renewed (in according to original specifications).

The car is completely serviced and comes with a great history file. Please don’t hesitate to contact us for further information.

This beuatiful Porsche 964 Carrera 2 WTL is for sale.