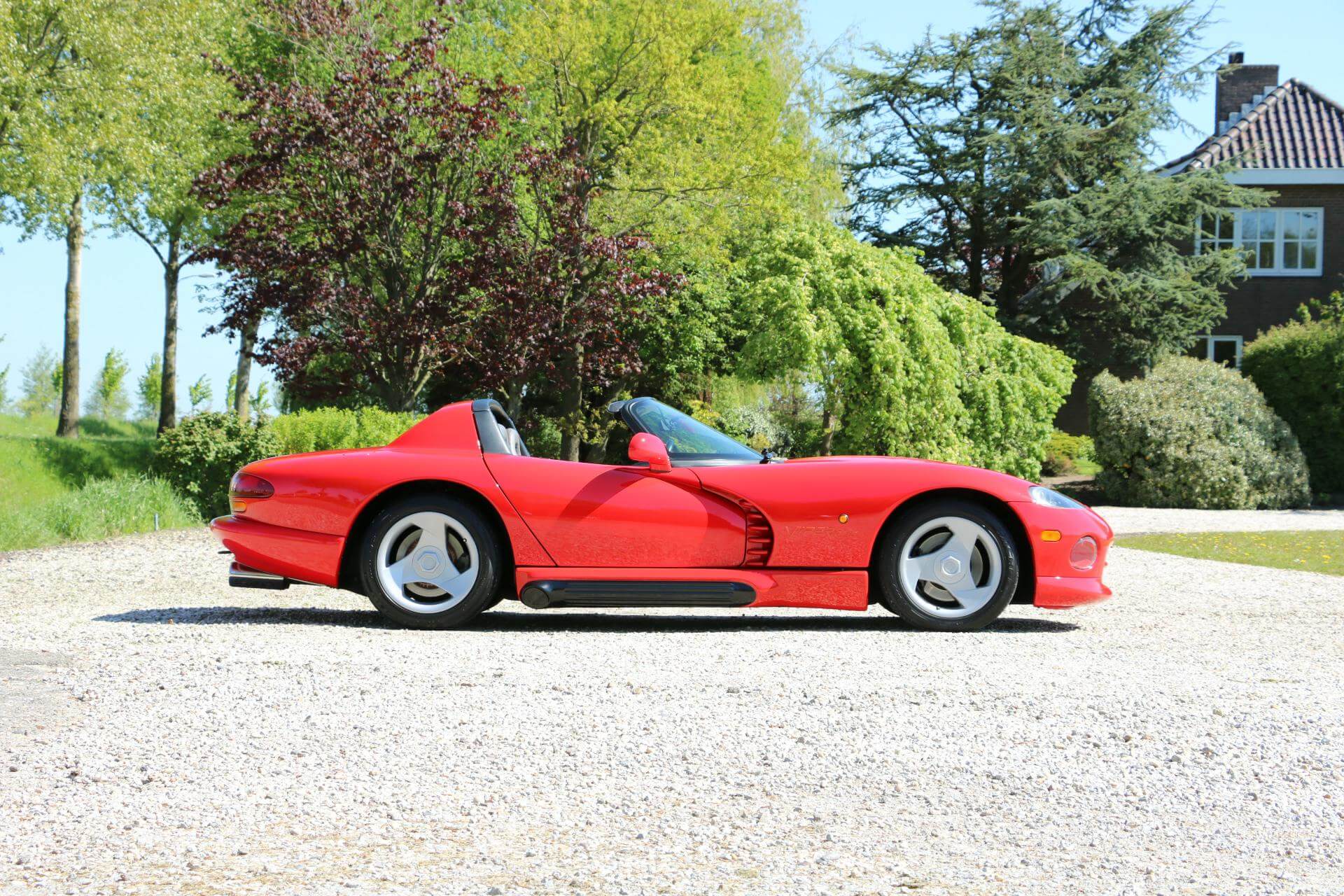 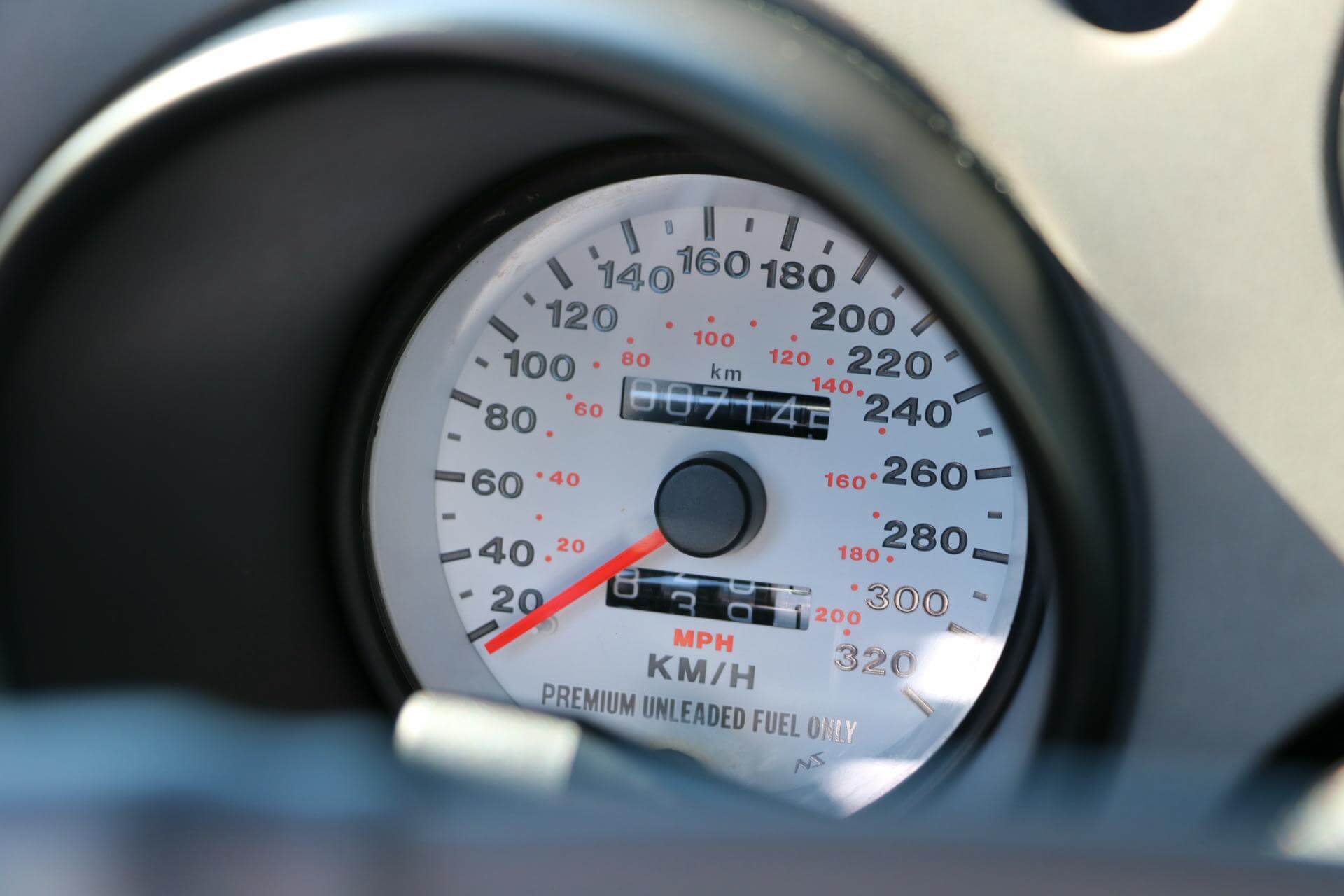 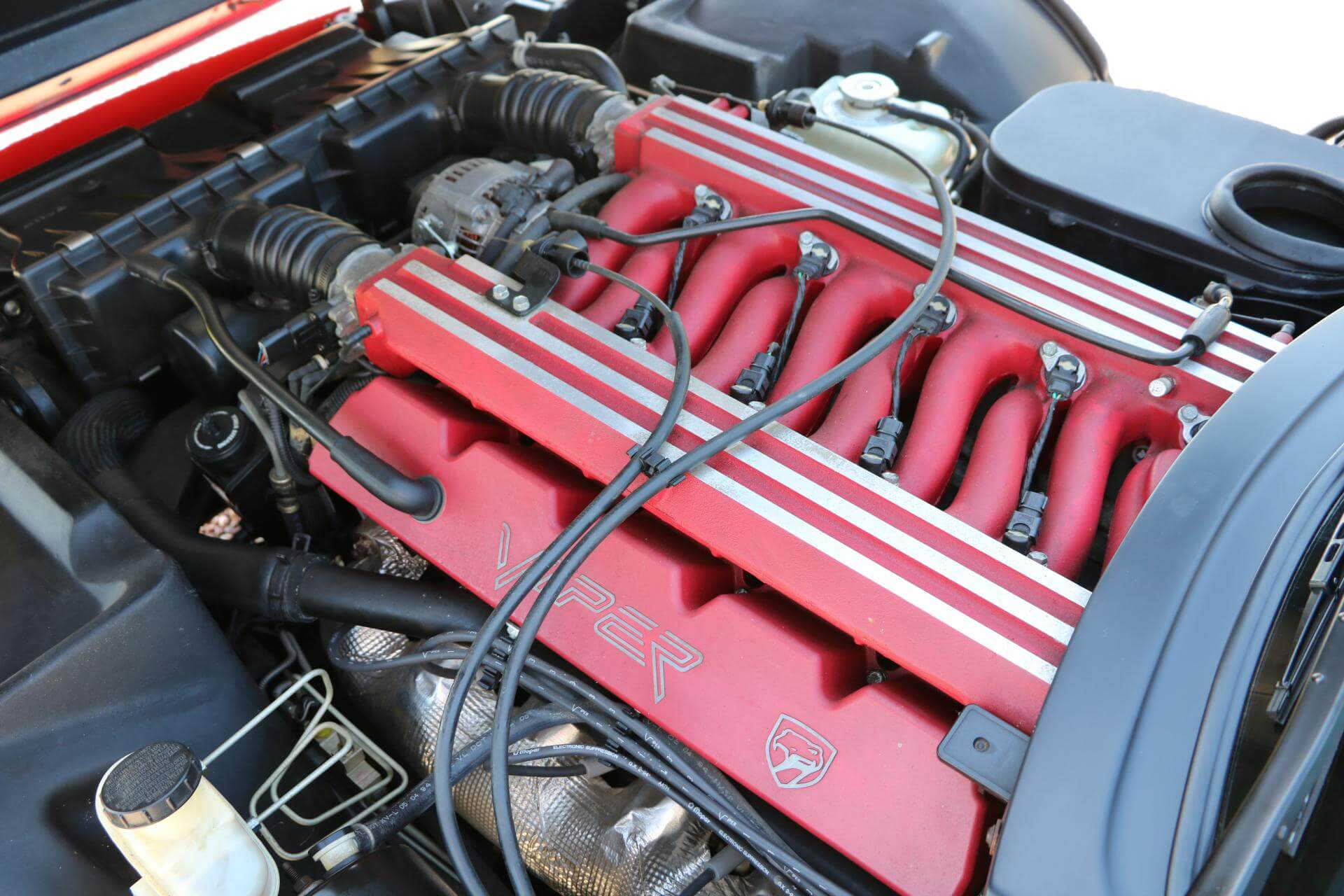 SOLD!
Very rare, original Dutch delivery
Just over 7,000 kilometers since new
All original accessoires do come with the car
One of few European specifications
The first Dodge Viper prototype was tested in January 1989. In 1991 it debuted with two pre-production models as the pace car for the Indianapolis 500, when Dodge was forced to substitute it in place of the Japanese-built Dodge Stealth because of complaints from the United Auto Workers. The centerpiece of the car was its engine. As Lamborghini was at that moment owned by the Chrysler Corporation, Lamborghini helped with the casting of the V10 out of aluminum. The engine produced a 400 horse power at 4.600 RPM. The car has a curb weight of 1,490 kg. Its large tires allow the car to average close to one lateral g in corners, placing it among the elite cars of its day. However, the Dodge Viper lack modern driver aids, such as anti-lock brake system and traction control, this makes the car tricky to drive, particularly for unskilled drivers.
The Viper was engineered to be a performance car, with no exterior-mounted door handles or key cylinders (entry was done by unzipping a soft vinyl window to reach the interior in order to pull the interior door release handle). The roof was made from canvas, and the windows were made from vinyl and used zippers to open and close. However, the Viper was still equipped with some features in order to allow it to be tolerable as a daily driver. Some of these features included manually-adjustable sport leather-trimmed bucket seats with lumbar support, an A/M-F/M stereo cassette player with clock and high-fidelity sound system, and interior carpeting. Aluminum-alloy wheels were larger in diameter due to the larger brakes.
The first series Dodge Viper was in production between 1992 and 1995. The second series was introduced for model year 1996. 0-100 KM/h was possible within 4,6 seconds. Top speed for the 8 liter – V 10 engine was somewhere around 270 KM/h, if you dare.

This desirable first series Dodge Viper was originally manufactured in the Detroit plant in Michigan, United States of America. The car was produced for model year 1994 but registered for the first time in The Netherlands in 1997. Being specially produced for the European market the car was market as Chrysler Viper RT/10. This was done because Dodge branding was exclusively used for industrial trucks and light commercial vehicles. Being an original European delivery the car is slightly different than American examples. Of course the car comes with a speedometer in kilometers and the car has a special exhaust system which is different than the American side pipes. This car is in highly original condition, accident-free and has driven a mere 7,125 kilometer since new! The original soft windows can be attached on the doors and the Targa top is also in pristine, original condition. A true icon from the 1990s. The car is accident-free, has minor wear and is ready to be enjoyed. The car comes with its original Dutch registration papers, which can easily be used for registration in any EU country without additional import taxes.

This Dodge Viper (Chrysler Viper RT/10) is now sold. Please don’t hesitate to contact us for further details or an appointment.