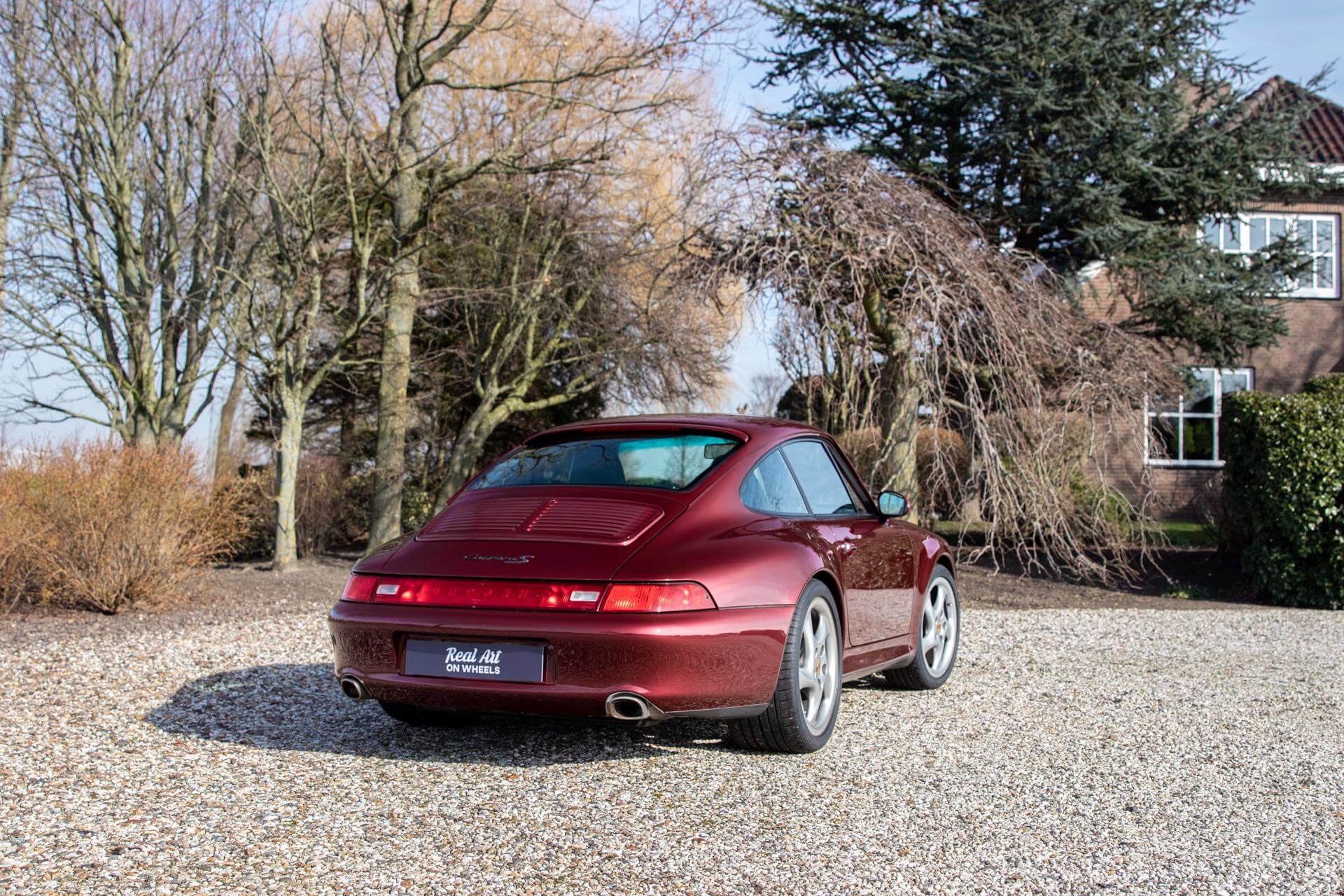 The most desirable Porsche 993

The Porsche 993 Carrera 2S is one of the most desirable examples of the Porsche 993. The Carrera 4S was introduced in 1996, in 1997 the rear-wheel-drive 993 Carrera 2S was introduced. Both shared the Turbo model’s bodyshell, but housed the naturally aspirated engine in the rear. Both of the S models had slightly lowered suspension as compared to standard Carrera models. The all-wheel-drive 4S is heavier than the S due to the former’s all wheel drive system. Due to this, the S has a quicker acceleration time and a slightly greater top speed than the 4S. Although a Carrera S Cabriolet was never officially offered by the factory, a small number (believed to be 5) were specially ordered through the Porsche Exclusive department in 1997 and sold as 1998 models by Beverly Hills Porsche in California and only 1 was ordered by a VIP client through Porsche Exclusive department for the European market, which Real Art on Wheels is proud to offer for sale too (click here). The wide bodywork is widely acclaimed for its rear looks. It creates more aerodynamic drag, leading to slightly lower top speeds compared to the narrower siblings (about 5 km/h), but the wider tires result in excellent roadholding.

The Porsche 993 Carrera is powered by an air-cooled Porsche flat-6 “boxer” engine using a Single Overhead Cam (SOHC) valvetrain. Porsche had begun employing the earliest evolution of this overhead cam engine in the 1963 Porsche 901, which had a displacement of 2.0-litres and generated a maximum power output of 130 horsepower. More specifically, the engine used in the 993 is the final factory refinement of the Porsche-designated “M64” boxer engine. The standard, naturally aspirated 3.6-litre M64/05(06) engine is a refined version of the M64/01 installed in the 964 Carrera. The M64/05(06) generated a maximum power output of 272 horsepower through model year 1995.

In 1995, Porsche switched to the VarioRam -equipped M64/21(22) engine. The VarioRam adjusts the length of the air intake ducts in line with the engine RPMs and the speed of the car, as a result, power output is increased to 286 horsepower.

On January 24, 1997 this car was delivered throuh Porsche USA in Charleston to its first owner who kept her for two years beore it was sold to the second owner in San Diego, California. In 2009, the car was exported to The Netherland with a total mileage of 14.886 miles (23.800 kms). Of course we have a clean Carfax with the car that confirms its honest and clear history. In the autumn of 2009 the car was registered in The Netherlands and bumpers were changed to EU specification (original bumpers are still with the car). In the last 10 years the car was with 2 owners and the mileage of today is 21.112 miles (33.700 kms). The car is matching numbers and completely original. Desirable color of Arenarot over a grey interior. Original options include Techno-Rad 18″ wheels, climate control and a sunroof.

This Porsche 993 Carrera 2S is for sale, please don’t hesitate to contact us for more details.