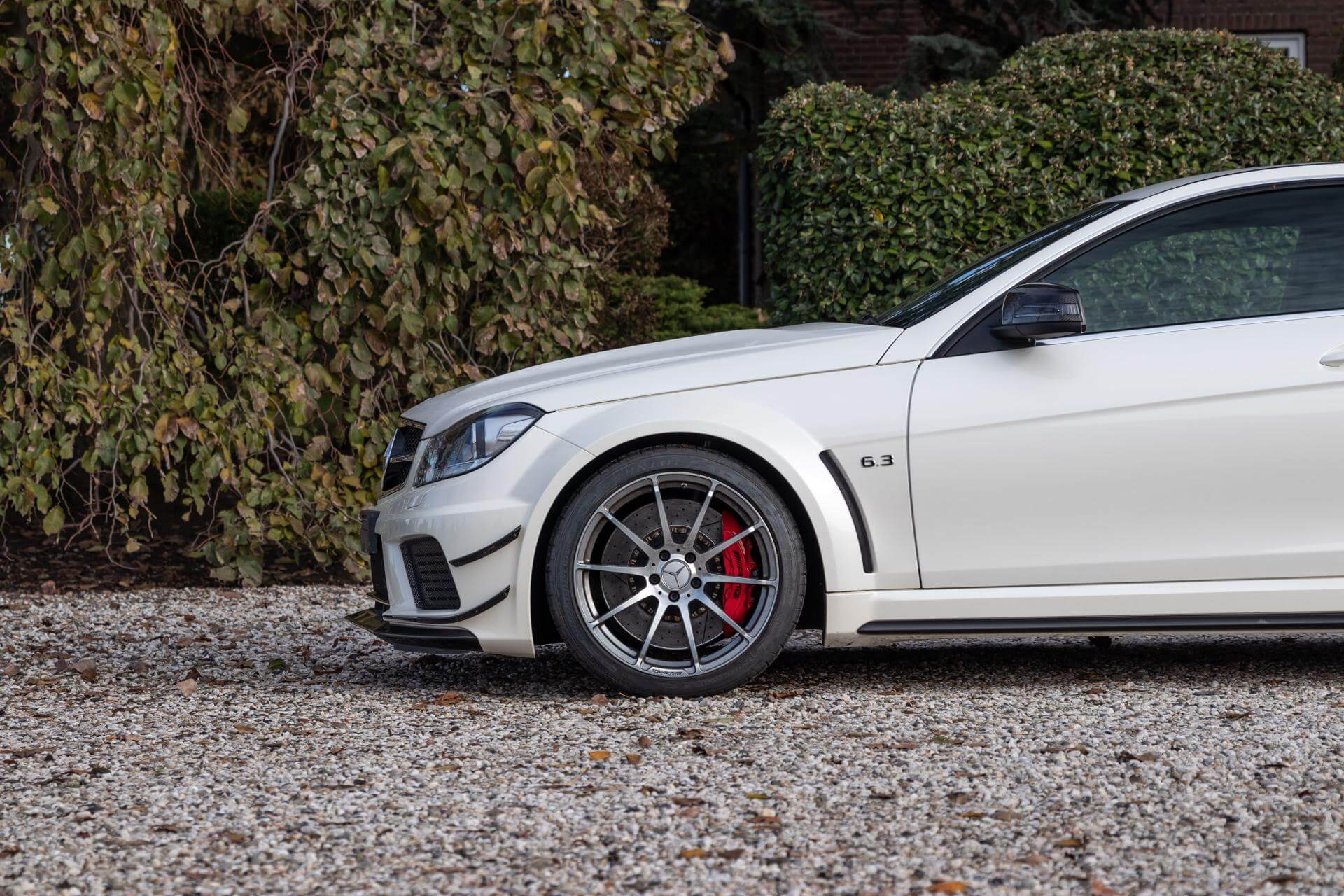 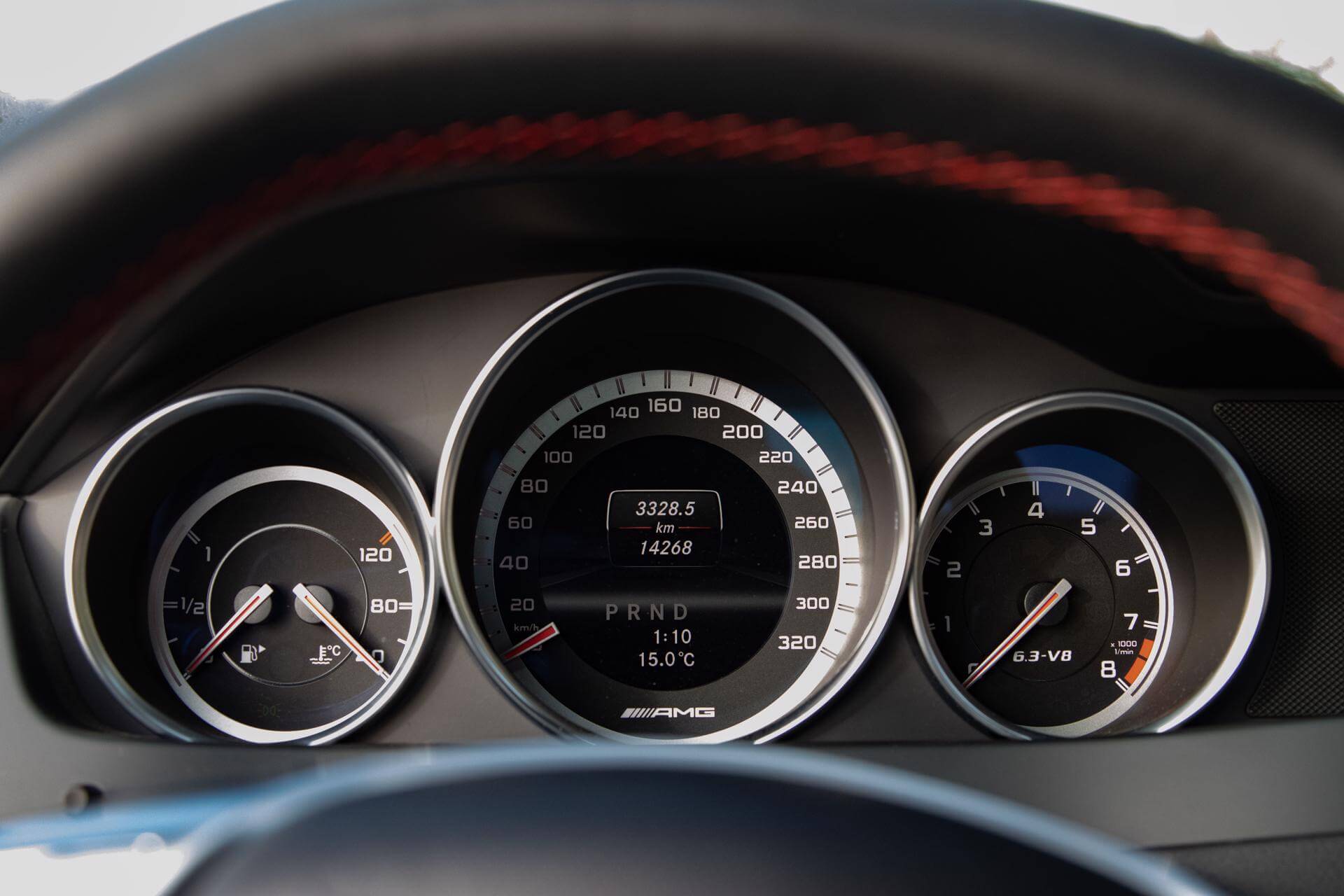 The Mercedes-Benz C63 AMG BLack Series performance is anything but subtle. It boasts the same 6.2-litre, naturally aspirated V-8 as found in the standard C63 AMG, however, the Black Series borrows a number of components from the 6.2-litre engine found in the SLS AMG, including a lighter crankshaft, forged pistons and connecting rods. It produces 510 bhp, 59 bhp more than the standard C63, and only 53 bhp shy of the SLS AMG. With the engine redlining at 7,200 rpm, a sprint from 0–100 km/h takes just 3.7 seconds, and the car will reach a top speed of 300 km/h if the driver refuses to slow down.

Initially, Mercedes-Benz only planned on building 650 examples of its newest Black Series model, however, such was the success of the car that strong demand eventually pushed production to 800 examples. The C63 Black Series still proves to be a desirable car to own and enjoy today, and its place as one of the greatest AMG cars of recent years is well established, thanks to SLS levels of performance combined with the practicality of a coupe body. It is also likely to be the last naturally aspirated Black Series car to be produced, and therefore a true landmark car in AMG’s recent history.

This Mercedes-Benz C63 AMG Black Series was produced for the 2013 Model Year in Bremen and shipped to its first owner by the end of 2012. The car was ordered in refined colour combination of Diamond White Metallic over a black leather and Alcantara interior.

This Black Series is fitted with a range of desirable options, including a reversing camera, rain sensing windscreen wiper, 19” AMG five-spoke alloy wheels, piano lacquer trim and the AMG carbon-fibre exterior trim package, amongst other options. The car has driven a mere 14,000 KMs since new and has always been regularly serviced by Mercedes-Benz.

This Mercedes-Benz C 63 AMG Black Series is for sale. Don’t hesitate to contact us for more information about this desirable Black Series.