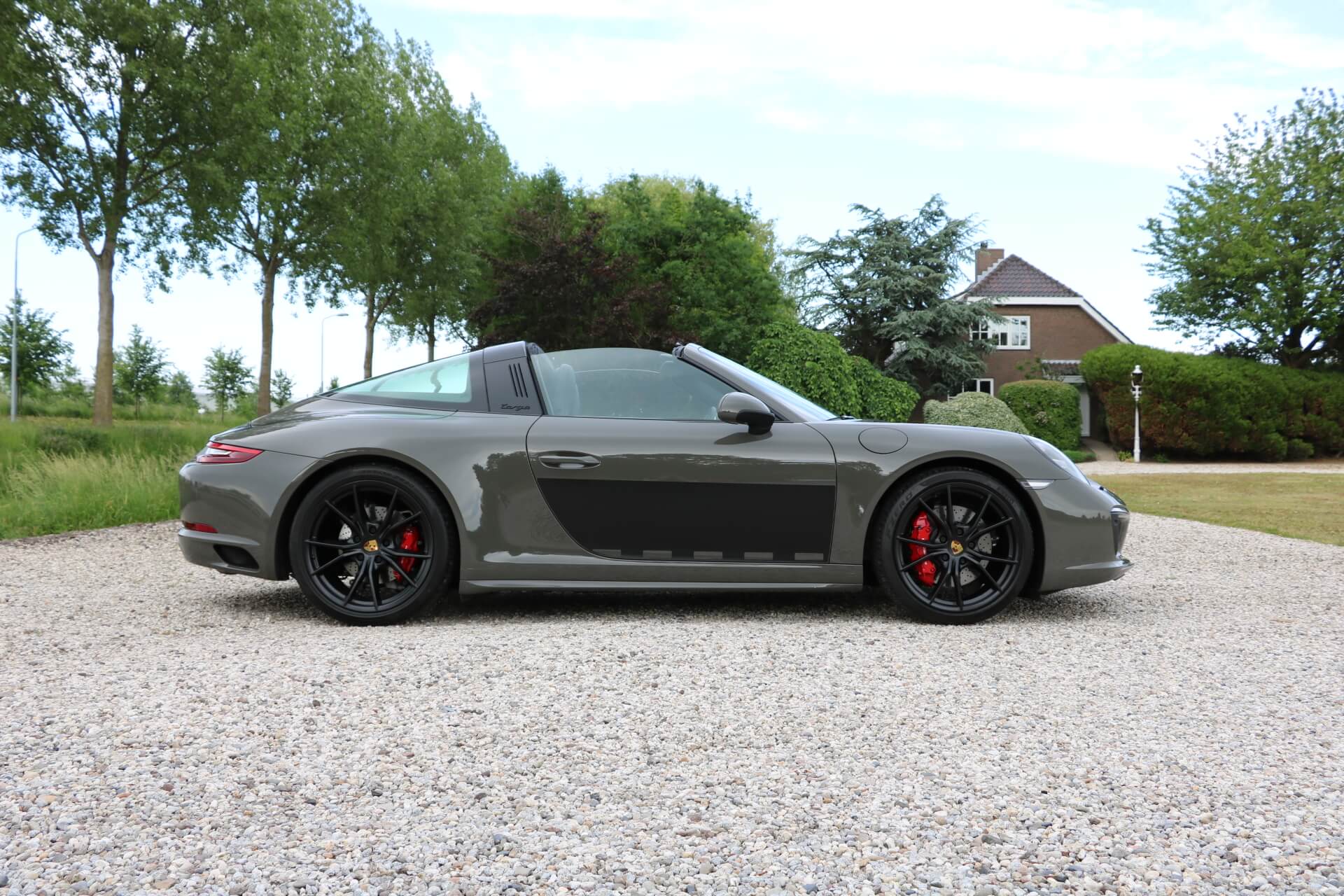 Tribute to the Dutch Police

The Porsche 991 Targa 4S ALEX by Piet Boon is a reincarnation of the Porsches used by the Rijkspolitie. The Rijkspolitie was the Netherland’s state police from 1945 to 1996. They used a wide variety of vehicles, mostly Porsche. They bought over 500 cars in 30 years, of which only a few survive.  In 1962 a special traffic unit was formed, the Algemene Verkeers Dienst (AVD), which wore white uniforms instead of blue, and orange helmets. The AVD ordered a number of 356 Convertibles but when the 911 arrived they started using the Targa models, a practice that lasted until 1993 when they switched to Volvo. Open cars were preferred because they afforded the crew better visibility, and in emergencies officers could stand on the seat and give directions to other road users.

The Porsche 991 Targa 4S Exclusive Series ALEX by Piet Boon we have in our collection is number 18 of 25 examples produced world-wide. The car is tastefully designed and comes with all original accessories, such as the numbered bronze motor helmet created by Dutch artist Frederik Molenschot and its numbered keychain. The car covers only delivery mileage and is in pristine condition. The car is fully loaded, including these options and had a list price in The Netherlands over 255,000 EUR (including taxes). If this Porsche 991 Targa 4S ALEX by Piet Boon is being sold outside The Netherlands the car can be sold tax-free.

Renowned for its engineering, speed, allure and authority, the Targa 911 entered the Dutch street scene as car of choice for the State Police. Outfitted with the typical white- and bright orange accent color the Targa 911 was unquestionably the coolest car the Dutch highway had ever seen. The PB ALEX by Piet Boon is a contemporary interpretation of the iconic Porsche 911 Targa.

They drew inspiration from the functional design elements of the original Alex, the PB ALEX is a homage in its purest form. The timeless sports car is distinguished by its exterior color and striping: Piet Boon Grey and black. Accentuating the beauty of its design and applying true Porsche DNA to achieve its confident personality. The body work is extended to the understated chic black interior and Piet Boon Grey colored stitching. Bright orange adorns the brake calipers and the car key housing. A nod to the alarm orange used on Targa 911 to roam the Dutch motorways. PB ALEX by Piet Boon owners will receive an exclusive numbered cast bronze motor helmet created by Dutch artist Frederik Molenschot. A contemporary reference to the original helmets worn by the Dutch State Police in the 1960s.

At Studio Piet Boon they love to positively impact the lives and wellbeing of all by passionately crafting everyday spaces and products into rewarding, one of a kind design experiences. Their philosophy is based on a balance between functionality, aesthetics and individuality. Ingredients that define the Studio Piet Boon experience. Suitable for every discipline, applicable to any industry.

“I have been fascinated with the Porsche 911 ever since I can remember. The earliest memories go back to the Dutch police driving the 911 on the freeways. Respected and feared at the same time. Almost a reason to join the police…” as Piet Boon shares his thoughts about the Porsche 911.

This car is now sold.