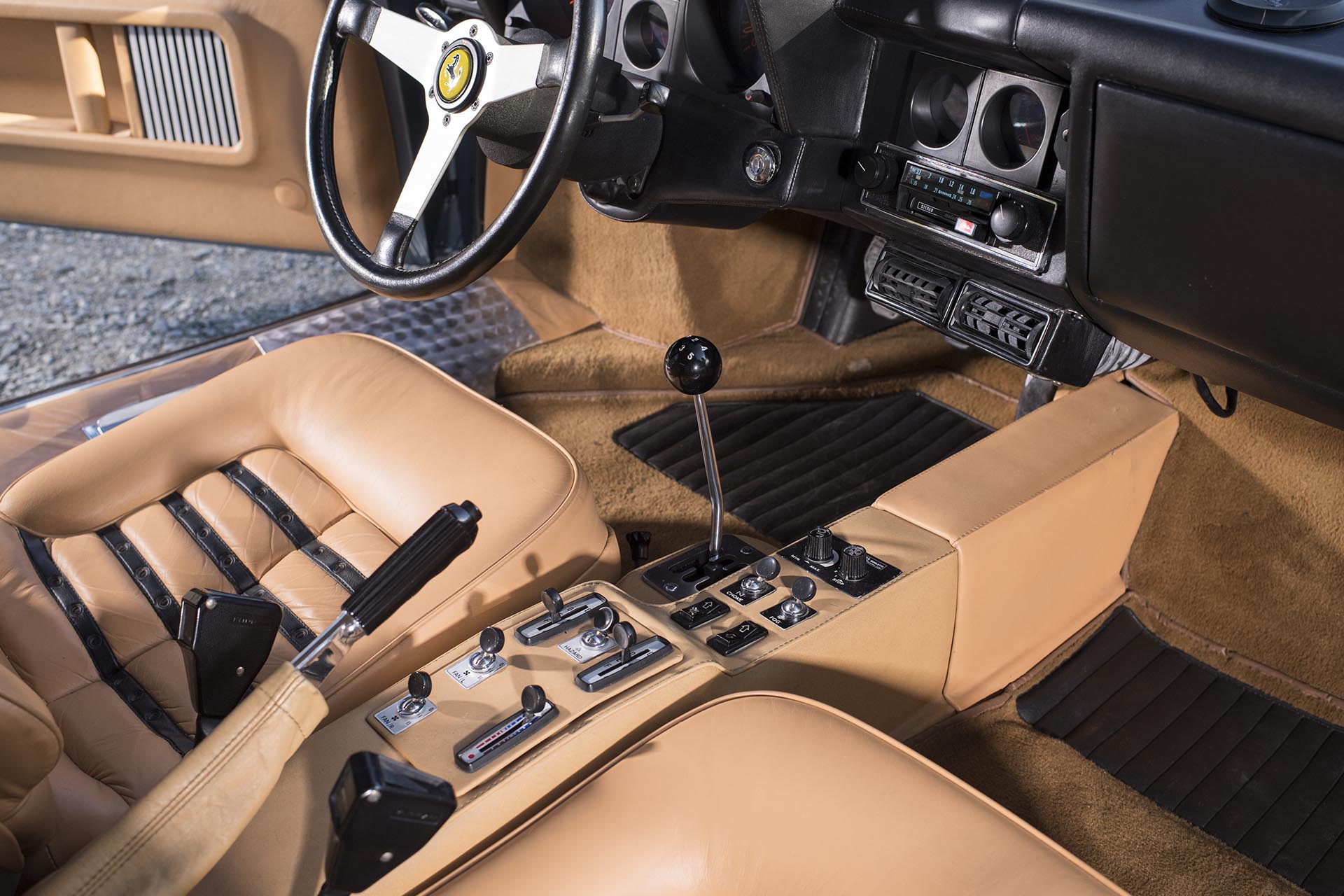 The first of many mid-engine road-Ferraris with flat-12

The Ferrari Berlinetta Boxer (BB) was announced at the 1976 Paris Motor Show. The BB was produced by Ferrari between 1973 and 1984. Replacing the front engined Daytona, it was the first in a series of Ferraris to use a mid-mounted flat-12 engine. The Boxer was designed by Leonardo Fioravanti and was the first mid-engined road-car to bear the Ferrari name and the Cavallino Rampante (prancing horse) logo. It was replaced by the Testarossa, which continued to use the Flat-12 engine.

Production of the BB was a major step for Enzo Ferrari. He felt that a mid-engined road car would be too difficult for his buyers to handle, and it took many years for his engineers to convince him to adopt the layout. This attitude began to change as the marque lost its racing dominance in the late 1950s to mid-engined competitors.

The mid-engined 6- and 8-cylinder Dino racing cars were the result, and Ferrari later allowed for the production Dino road cars to use the layout as well. The company also moved its V12 engines to the rear with its P and LM racing cars, but the Daytona was launched in 1968 with its engine in front.The BB was the first mid-engined 12-cylinder road car to be launched by Ferrari. When it first came out in 1976, it was described by then Ferrari F1 driver Carlos Reutemann, who tested it for Quattroruote Magazine, as a ‘car for the few’ due to its vigorous acceleration and exclusive price tag.

This Ferrari 512 BB is the first production model built. Originally completed by the Factory in August 1976, painted in Azzurro Metallizzato (106-A-32 Salchi) with Beige leather (VM 3218) interior. As this was the very first 512 BB off the production line, Ferrari was keen to present its latest and greatest to the world’s press and interested clients, and this car was first shown on the Pininfarina stand during the Paris Motor Show in October that year and was later displayed at Auto Becker, the Ferrari importer in Dusseldorf, to introduce the model to the German market. In December 1976 it was sold to SAVAF, the Ferrari importer in Switzerland, and prior to being presented at the 1977 Geneva Motor Show, it was repainted red.
At the end of March 1977 the car was sold to Jean Denis Délétraz of Switzerland, and it is believed that he kept the car until 1987. Subsequently, this Ferrari changed hands again in 1994, where it was purchased by a Zurich enthusiast. In 2008 the car was acquired by a French Ferrari collector and registered in 2009. In 2010 the car was certified by Ferrari Classiche, confirming that it retains its original engine and gearbox. Subsequently, the owner decided to bring back this stunning 512 BB to its 1976 Paris Motor Show condition, repainting it in its original Azzurro Metallizzato body colour and also by commissioning a full engine rebuild by well-known Ferrari specialist Philippe Gardette of Auvergne Moteurs. The car is accompanied by a history file with invoices dating back to 1994, as well as a set of manuals and tool kit.

This historically important and highly desirable Ferrari 512 BB is offered in excellent mechanical and aesthetic condition, ready to be enjoyed by the new owner.

We thank Dirk de Jager for his fabulous photographs.