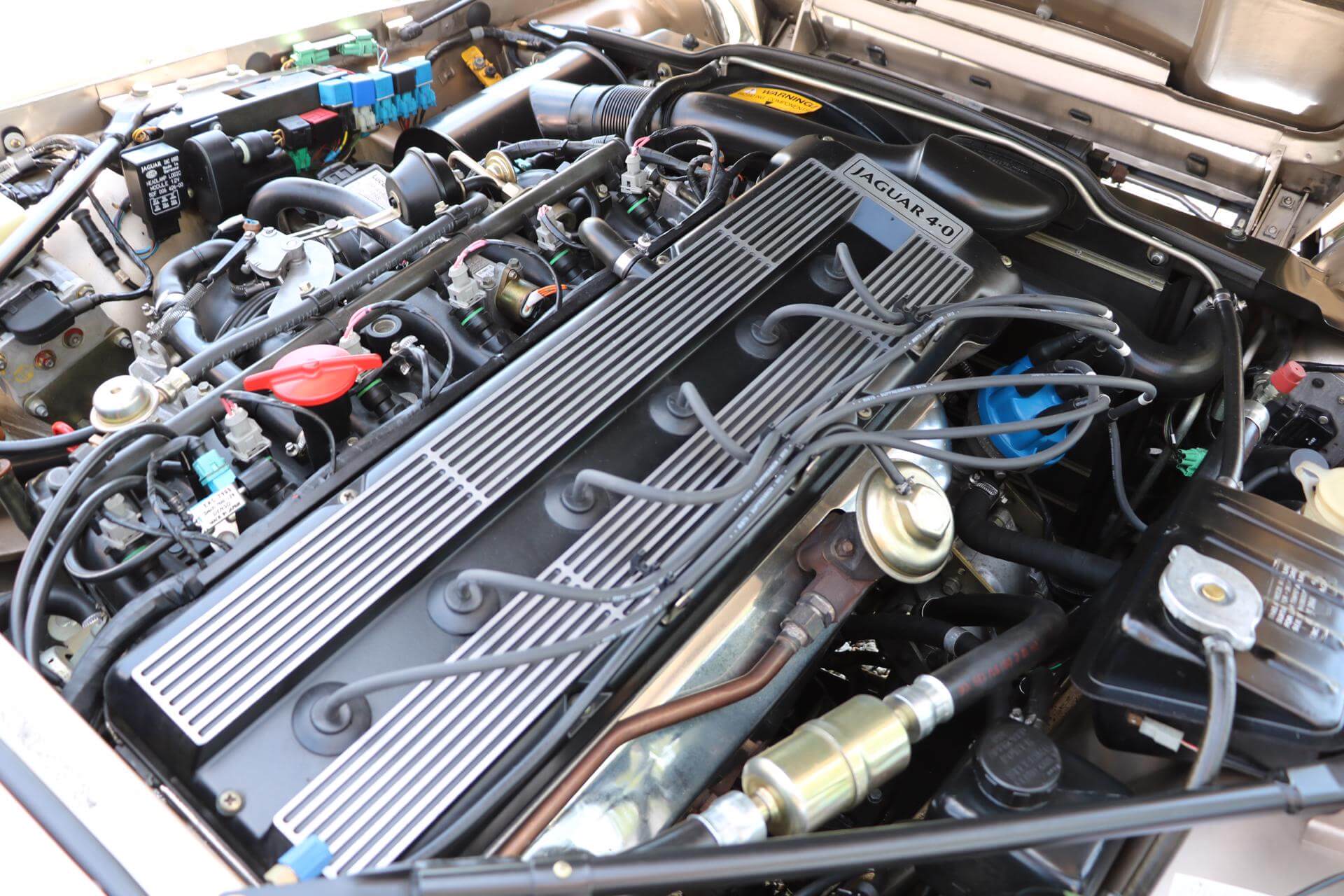 The Jaguar XJS was introduced to replace the Jaguar E-Type in 1975. Next to a coupe, a Jaguar XJS Convertible was available. The car remained in production for a 20 year and seven month period – until 1996. In this period there were three distinct iterations. The final form of the Jaguar XJS was introduced in May 1991. The rear side windows appeared enlarged despite having identical glass apertures as the earlier cars, and the buttresses remained, minimised by the new side window trim. Designer Geoff Lawson noted the buttresses were part of the car’s character.

On March 14, 1993, this Jaguar XJS Convertible was sold by Mr Michael Huidobro who worked for official Jaguar Sales Agent Cutter Motors in Santa Barbara, California. The first owner was Mr R.L. Callo who lived close to the famous costal golf courts in Oxnard, just 40 miles (60 kms south) from Santa Barbara. The car was very tastefully combined in Oyster metallic, a biscuit leather interior and brown convertible top. The car comes with complete books, tools and invoices. The car is fabulous documented. All services since it’s first 1,000 Miles Check up on April 30, 1993, are documented in the impressive history file of this Jaguar XJS Convertible. In 2017 the car was sold by the first owner and exported from the sunny California to The Netherlands. The car was acquired by a Dutch enthusiast and registered. The car was completely serviced and precisely checked. The car is recently fitted with brand new tires and the car has a freezing cold air-conditioning. The desirable 4.0 liter straight six engine runs very smooth and is a joy to drive. The automatic gearbox shifts very smooth through all gears.

This 1993 Jaguar XJS Convertible is for sale. Don’t hesitate to contact us for further details.