We received the Gentleman’s Sports Cars of the 70’s award with the 1971 Lamborghini Miura during the annual edition of Concours d’Élégance at Paleis Het Loo.

The organizers handed out 15 different awards variating from Special Coachwork to Storytelling Cars of the 50’s during their annual event. We received the first price in the class Gentleman’s Sports Cars of the 70’s. The Concours d’élégance at Paleis Het Loo in The Netherlands was organized from June 29 – July 1, 2018.

The car set off the modern layout of the supercar: rear mid-engine with rear-wheel drive. Ferruccio Lamborghini – the company founder – initially refused to build a car with this layout. Since his big competitor – Ferrari – only produced powerful grand touring cars he didn’t thought it would have potential to create more competition. His engineering team put pressure on him and he agreed to let them design the car in their spare time.

AN ERA OF SUPERCARS BEGAN

The car became a first of many, and Ferrari followed soon with the 1965 Dino Berlinetta Speciale. This concept car would evolve in the Dino 206 GT and 246 GT. The Miura remained in production until 1973 when it was succeeded by the Countach.

Our Lamborghini Miura was produced in the latter part of 1970, but was only designated to an owner in May of 1971. The first owner – Carmine Mariangelo – lived in Lausanne, Switzerland and ordered the car in this very tasty specification. Over the years, the car changed hands three times with the longest ownership being 30 years. During this period, the car was part of a major classic car collection. The local Lamborghini dealership made sure the car was looked after regularly. The car is well-documented with Lamborghini Service files going back to the late 1970s.

First price in this class meant we were delighted to receive a pair of handmade driving gloves from Opinari – Driver’s Essentials. 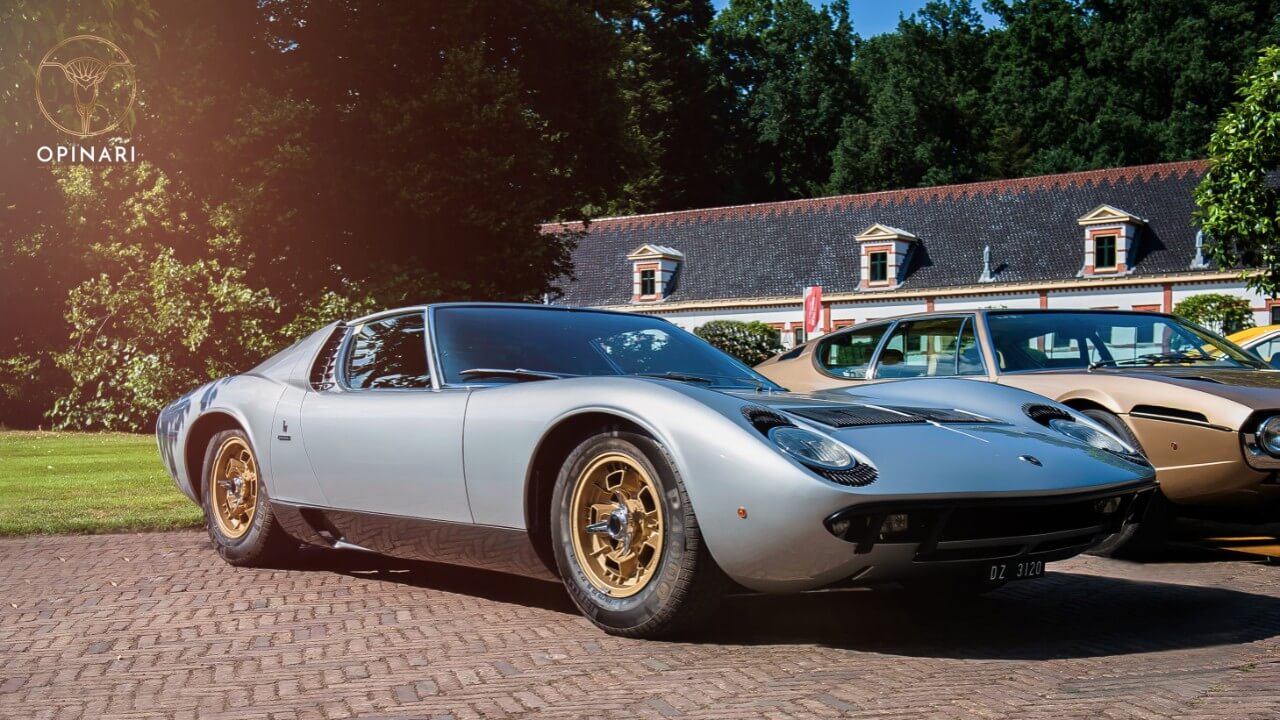