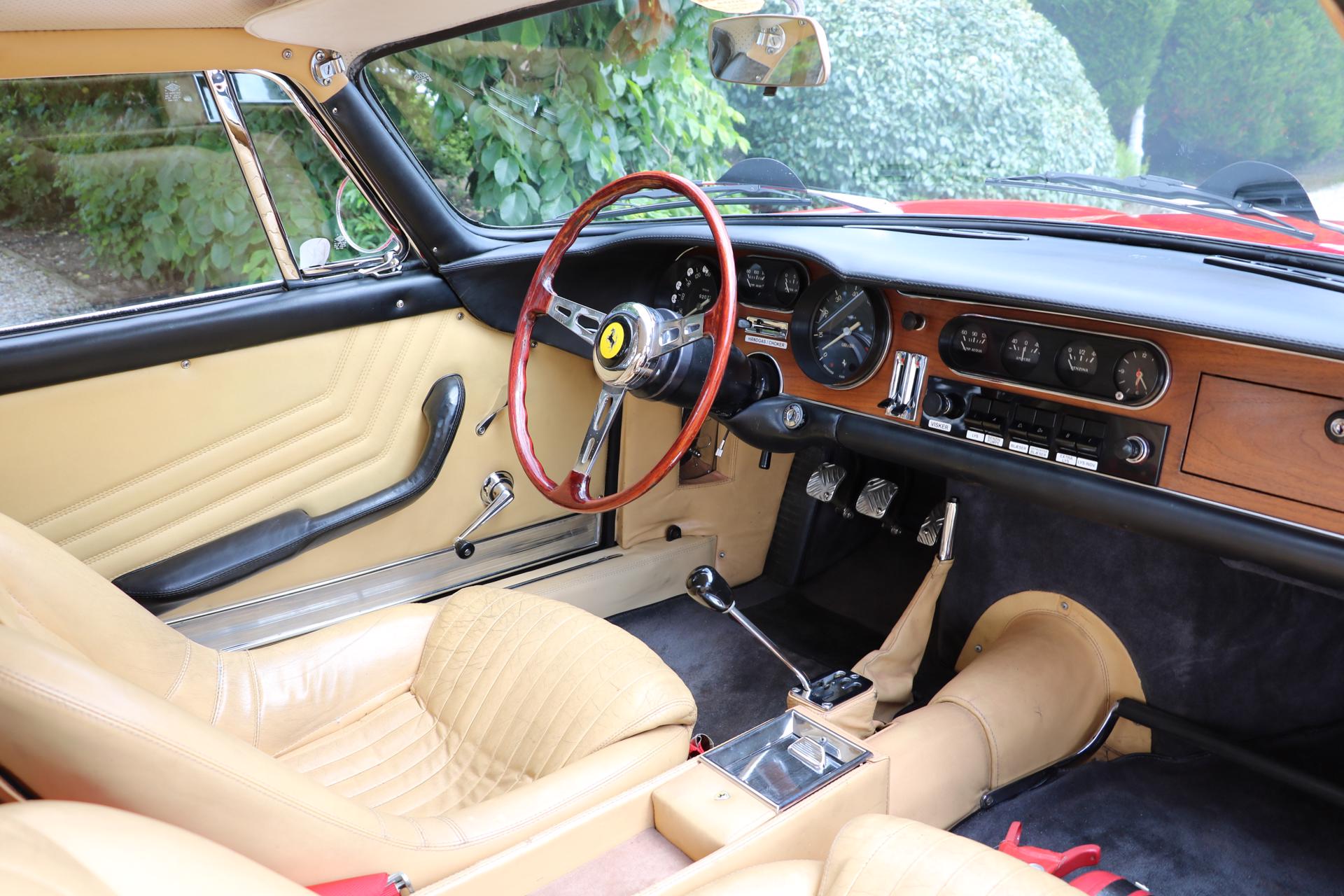 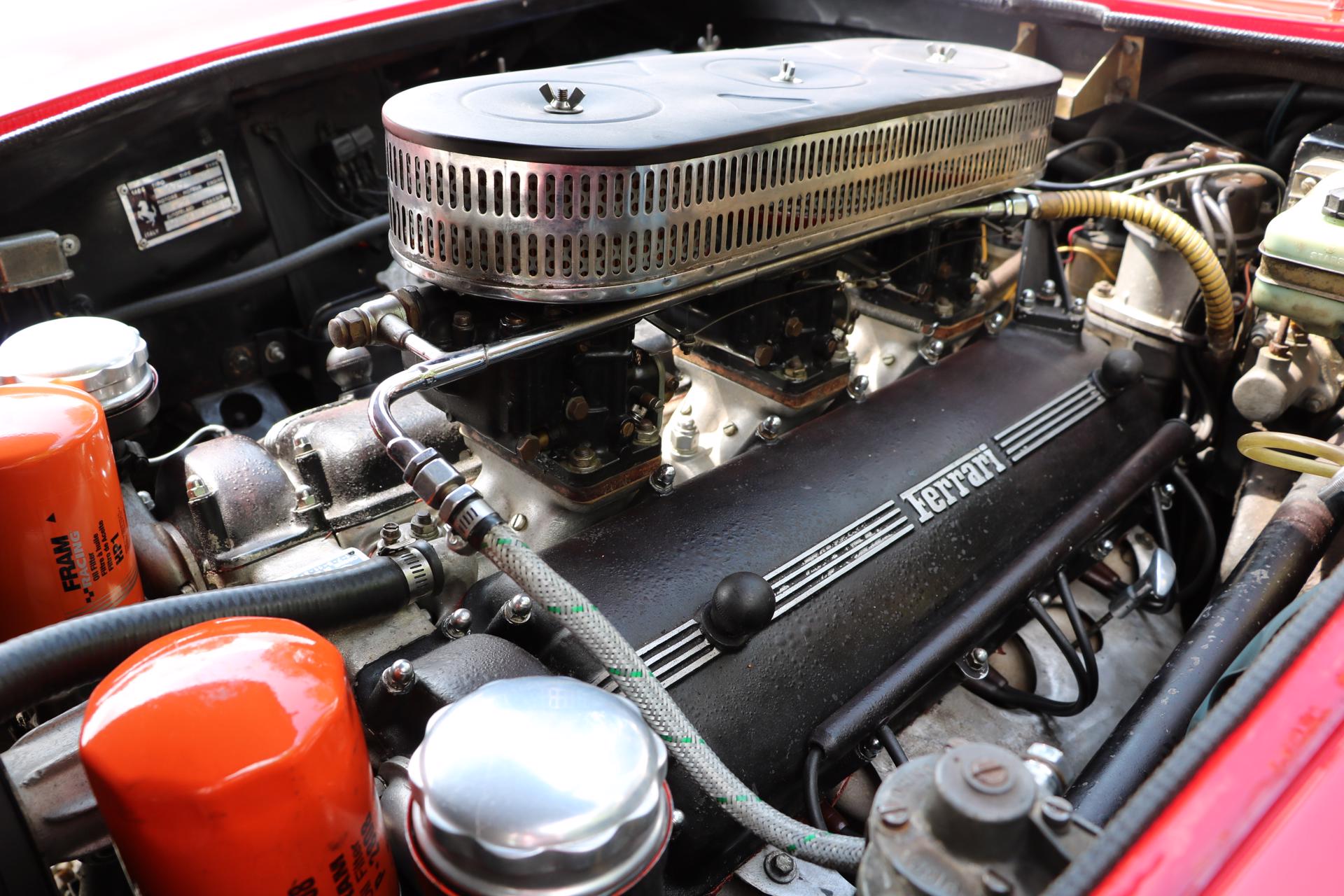 Sold, thank you!
One of the last three produced Shortnose's
One of just 10 examples originally in Oro Chiaro
Complete with extra set wheels and bumpers
Matching numbers

This Ferrari 275 GTB is one of the last three examples with Shortnose configuration. It’s also one of just ten 275 GTB’s originally painted in Oro Chiaro. It was delivered with an original Beige leather interior, which is still presented in the car today.

On September 30, 1965, the car was sold new through official dealer VECAR in Roma, to the first owner – a Mr G. Cavalieri who was born in Bologna. The car was registered in Roma with Italian license plate “Roma 879682”. The second owner bought the car in 1966 and registered on Italian plates of Catania “CT 150597”. The third owner was Mr Fabio de Sanctis.

Fabio De Sanctis was born in Rome on February 7, 1931. After the war De Sanctis came into contact with the world of visual arts, making friends with various artists who worked in the capital. At the age of eighteen he enrolled in the Faculty of Architecture in Rome and part of his interests were absorbed by the university and the problems of his chosen discipline. He graduated in 1957 and opened an architectural office. As he followed the execution of his designs, he developed a knowledge of the materials and techniques involved in the realization of his ideas. He was a fascinating artist creating very surrealistic sculptures, which were rarely seen in that period. 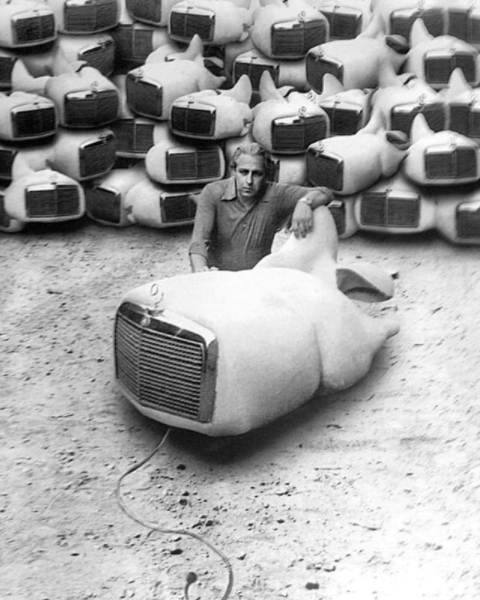 He presented himself for his 36th birthday with a special gift. Just after his  birthday, he became the offical owner of this lovely Ferrari 275 GTB in February 1967. He registered the car on Italian license plates of Rome “Roma A 67234”.

The fourth owner brought the car to California in the 1970s. In the 1980s the car was imported into Switzerland of where it was sold in 1989 to Scandinavia. In the 1990s the car was acquired by the last owner in Denmark. He removed the bumpers and added the Competizione style vents in the lower part of the rear wings, outside fuel filler cap, a roll cage and safety belts. He enjoyed the car for almost three decades. He participated in several events such as the Tour Auto in 2001, the Monte Carlo Historique in 2004 and the Ferrari 275 Tour organized by the factory in 2005.

This Ferrari 275 GTB Shortnose is all matching numbers. We had the car professionally inspected and it’s confirmed the car has an accident-free history. The last owner enjoyed the 275 GTB for almost three decades. It was part of an important Ferrari collection in Scandinavia. He serviced the car periodically and maintained her in very good condition. The car is complete with front- and rear bumpers, which are currently not fitted to the car. Besides the currently fitted Borrani wire wheels we have an extra set of wheels. The original inside filler cap is presented as well. The leather interior in Beige has a beautiful patina. We have a nice history file, including a Marcel Massini history report and handbook.

This 275 is a perfect candidate to enjoy in its current condition, just as the last owner did. Or a perfect original matching numbers candidate to restore back to its original Oro Chiaro. This Ferrari 275 GTB is for sale, please don’t hesitate to contact us for further details.