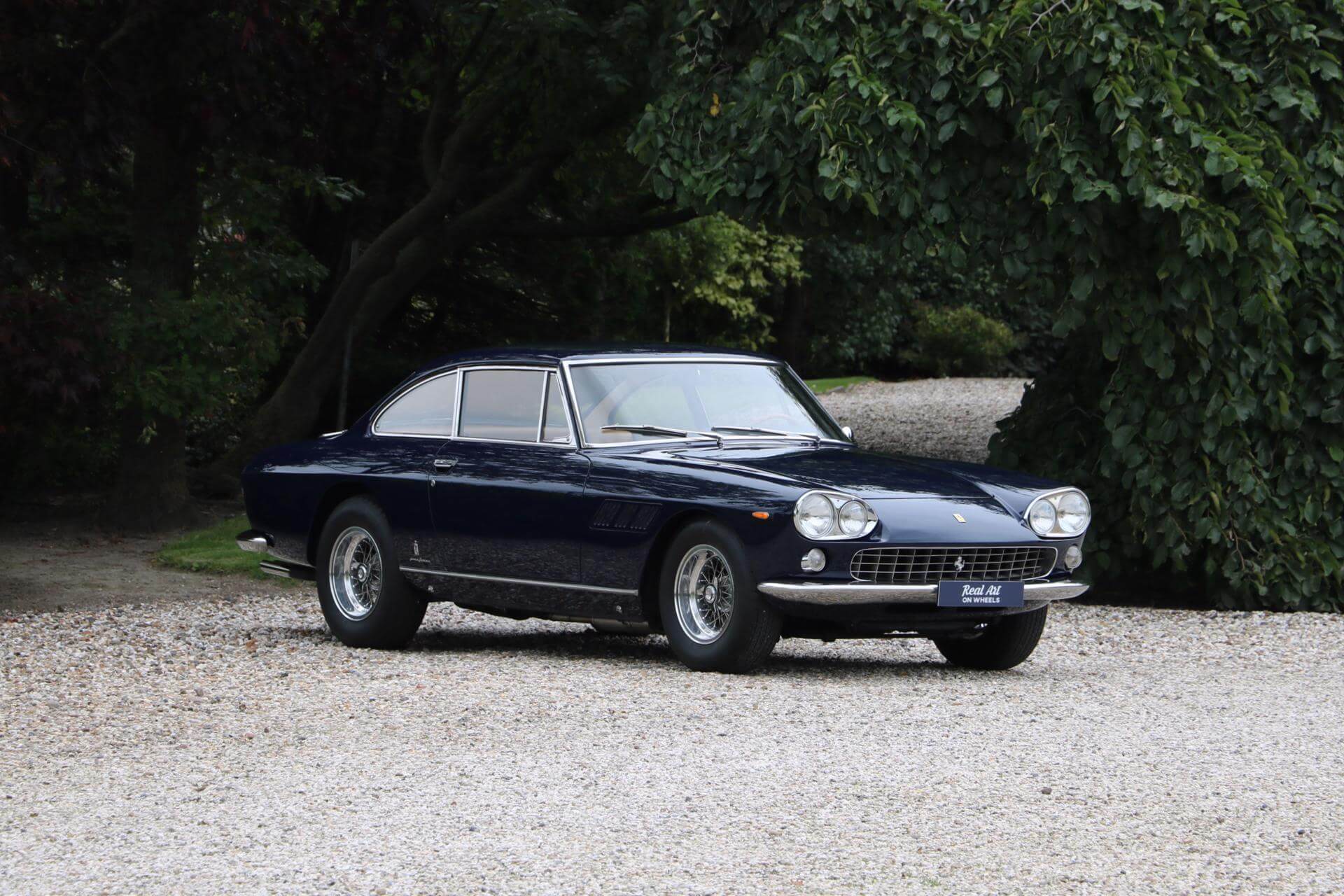 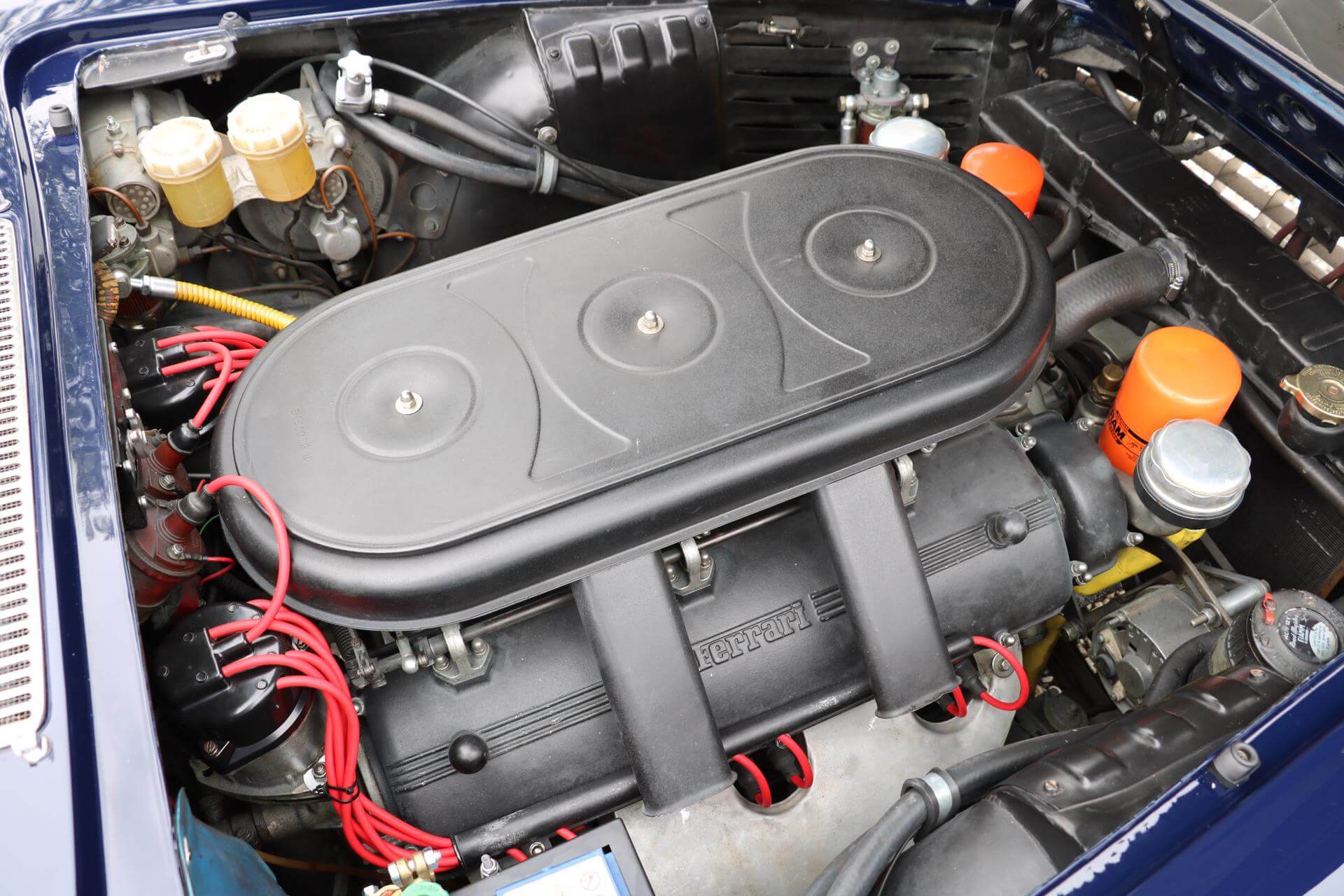 The Ferrari 330 GT 2+2 was first shown at the Brussels Show, early 1964. With a sharper nose and tail, quad headlights, and a wide grille, it was much more than just a re-engined Ferrari 250. The wheelbase was 50 mm longer, but Koni adjustable shock absorbers improved handling. A dual-circuit Dunlop braking system was used with discs all around, though it separated brakes front to back rather than diagonally as on modern systems. With the introduction of the Ferrari 330 GT 2+2 Series II, there was a five-speed gearbox instead of the overdrive four-speed of the prior years. Other changes included the switch back to a dual-light instead of quad-light front clip, alloy wheels, and the addition of optional air conditioning and power steering. A total of 625 Series I (including 125 ‘interim’ cars) and 455 Series II 330 GT 2+2 cars had been built when the car was replaced by the Ferrari 365 GT 2+2 in 1967.

This Ferrari 330 GT 2+2 Series I is car number 440 of 500 examples produced of the first Series. This matching numbers Ferrari 330 GT 2+2 Series I was originally ordered by Luigi Chinetti Motors. Luigi Chinetti is known for his role in introducing Ferrari to the United States as the marque’s first continental importer, as well as for his racing accomplishments during the Scuderia’s formative years. The famed entrepreneur may be best appreciated for his North American Racing Team. The esteemed N.A.R.T. badge went on to decorate several desirable Ferrari sports cars of the 1960s and 1970s, resulting in period race winners and some of today’s most desirable Ferraris. On March 25, 1975 the car was bought by a Mr Bernard James Muscha from San Francisco and registered 404 KTN.

The car is in very good condition and ready to be enjoyed. The car comes with a Dutch registration which can easily be used for registration in any EU country without additional duties to be paid. Also the California title is with the car available.

This Ferrari 330 GT 2+2 Series I is for sale, please don’t hesitate to contact us for further details.