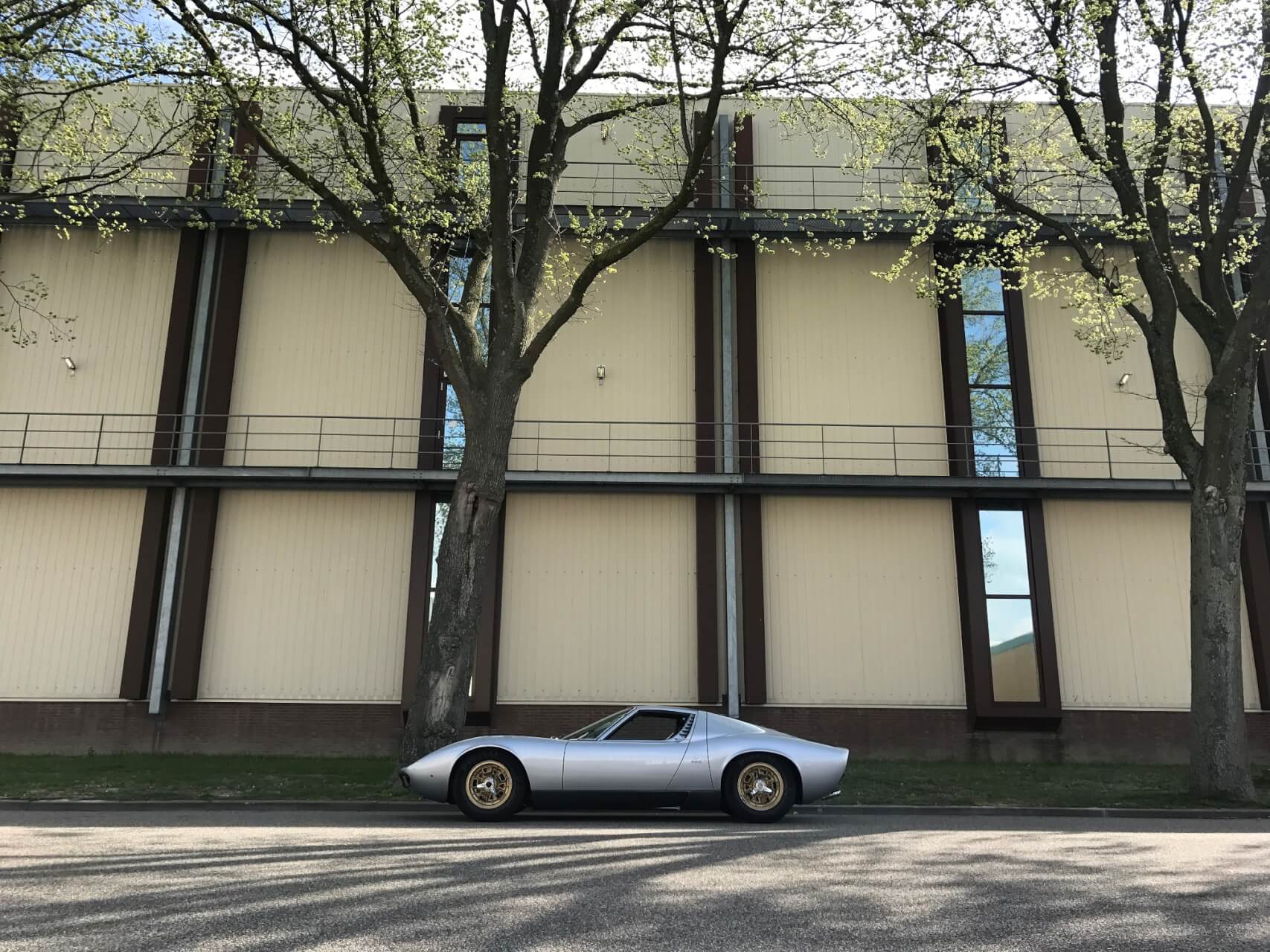 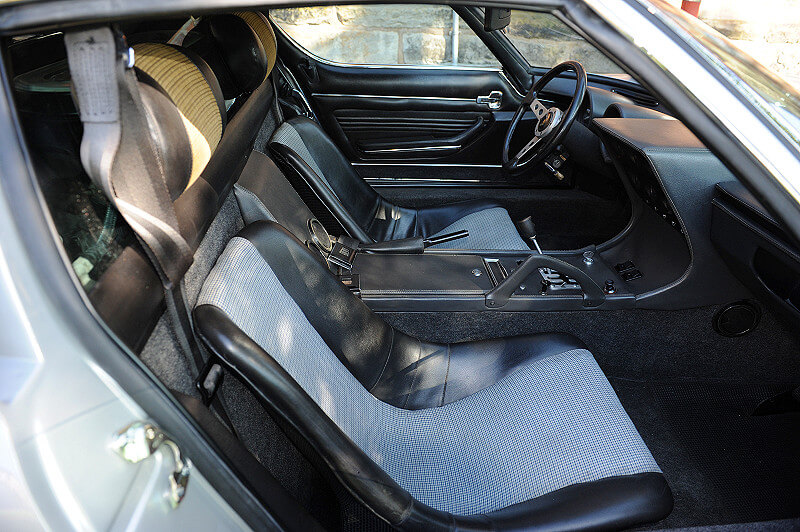 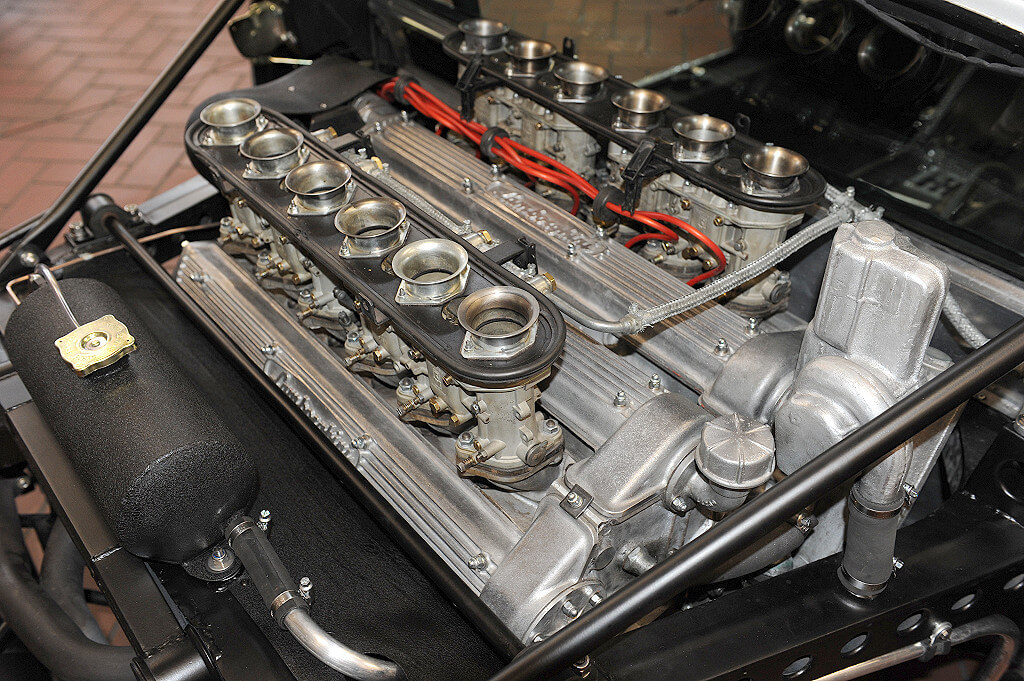 The history, of this silver Lamborghini Miura S

This Argento Lamborghini Miura S (Series 2) was produced in late 1970 and registered to its first owner on the 18th of May 1971. The first owner, Carmine Mariangelo, lived in Lausanne (Switzerland) and ordered the car in an elegant specification: Argento in combination with gold wheels on the outside and black from the inside. It went off to its second owner, Mr. Roger Poinsot, who lived in Geneva and fell in love with the Lamborghini Miura S. He registered the car on the 17th of May in 1976. Poinsot enjoyed the car till 1981 when it was then purchased by a third Swiss resident. It was in his possession for almost 35 years, but decided to sell the car in 2016.

This Lamborghini Miura S was part of a major classic car collection, but was looked after regularly at the Swiss based Lamborghini dealerships. When Real Art on Wheels handled the car in 2017, the had driven just under 67,000 kilometres. All of which is carefully documented in a large history file of Lamborghini Service records going back to the late 1970s.

We sold this 1970 Lamborghini Miura S to a good friend based in the Netherlands in 2017.

The Miura was not an obvious build

Without Lamborghini’s top engineers Gian Paolo Dallara, Paolo Stanzani and Bob Wallace, the Miura would not exist as of today. In the mid 60’s, founder Ferruccio Lamborghini wanted to focus on GT cars, rather than mid-engine supercars like their biggest rival Ferrari did. The three stubborn engineers had a vision of a car which would have a racing pedigree, but could also be enjoyed by enthusiasts on the road.

They invested their own time into developing the prototype for the Miura, known as the P400, mostly at night hoping to convince Lamborghini that the P400 would neither be too expensive or distract from the company’s focus. When Lamborghini was finally brought aboard, he gave his engineers the opportunities to develop the P400 into a potentially valuable marketing tool.

Ferruccio would have preferred to keep building his GT cars, but for this new supercar a new engine set up was a requisite. The big proportioned 12-cylinder was merged with the transmission and differential, which resulted in an even tighter interior than expected. Because of the uniqueness and innovative characteristics of the P400, Lamborghini displayed the bare chassis at the 1965 Geneva Motor Show. The public was impressed to say the least and several clients placed an order before even seeing the final body.

Showcased at the 1966 Geneva Motor Show

The body, designed by Bertone, was revealed a year later at the 1966 Geneva Motor Show. As a matter of the fact, the Italians finished the styling just days before its world debut. Although the body and chassis were fully displayed at the Motor Show, none of the engineers found time to check if the engine would fit inside its compartment. There was no way they would miss that years Geneva Motor Show, so they decided to fill the engine bay with ballast. The plan was to keep the hood locked throughout the whole show. Lamborghini had done this before with the debut of the 350 GTV in 1963. Many of the motoring press would have liked to see the engine but sales head Ubaldo Sgarzi managed to keep them away from the car. Although the car wasn’t fully complete, it still was the highlight of the show.

That meant Lamborghini put the P400 in production by the following year and they had to come up with a name. A close friend of Ferruccio, Don Eduardo Miura, was a famous Spanish fighting bull breeder, and hence the inspiration for the name Miura. As a matter of fact, almost every Lamborghini is named after a bull bred by Miura.

The Miura has undergone three multiple stages: the Miura (1966 – 1969), the Miura S (1968 – 1971) and the Miura SV (1971 – 1972). The developments included stiffer frames, optimized disc brakes and an improved setting for the camshaft timing. Lamborghini showed they were a serious contender in the world of supercar building and their biggest rival, Ferrari, reacted years later with the Ferrari 365 GT/4 BB. 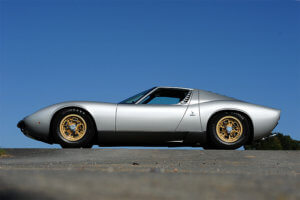 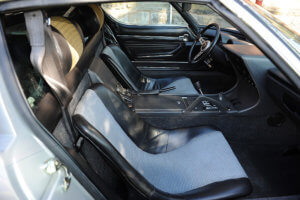 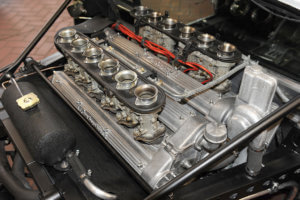