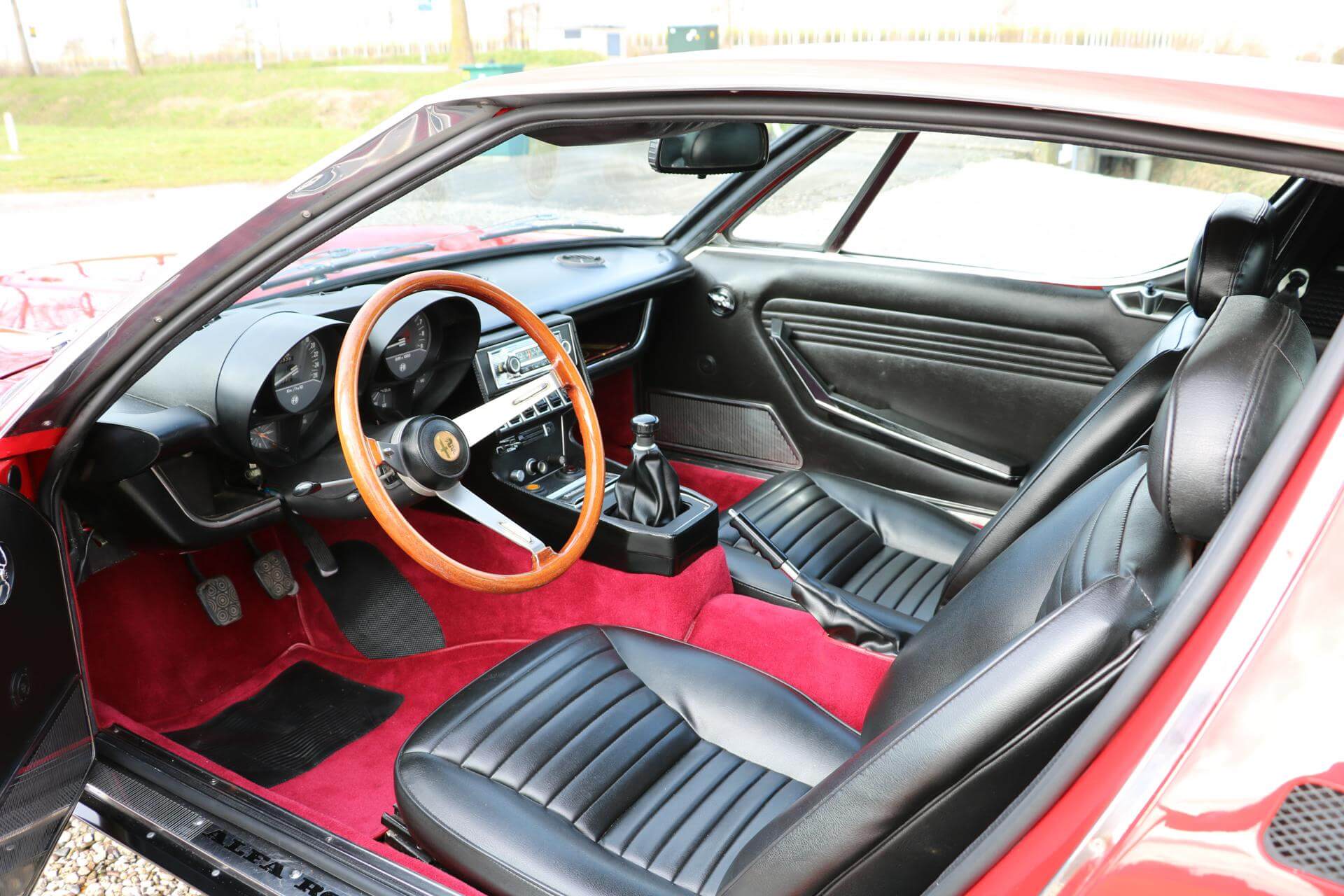 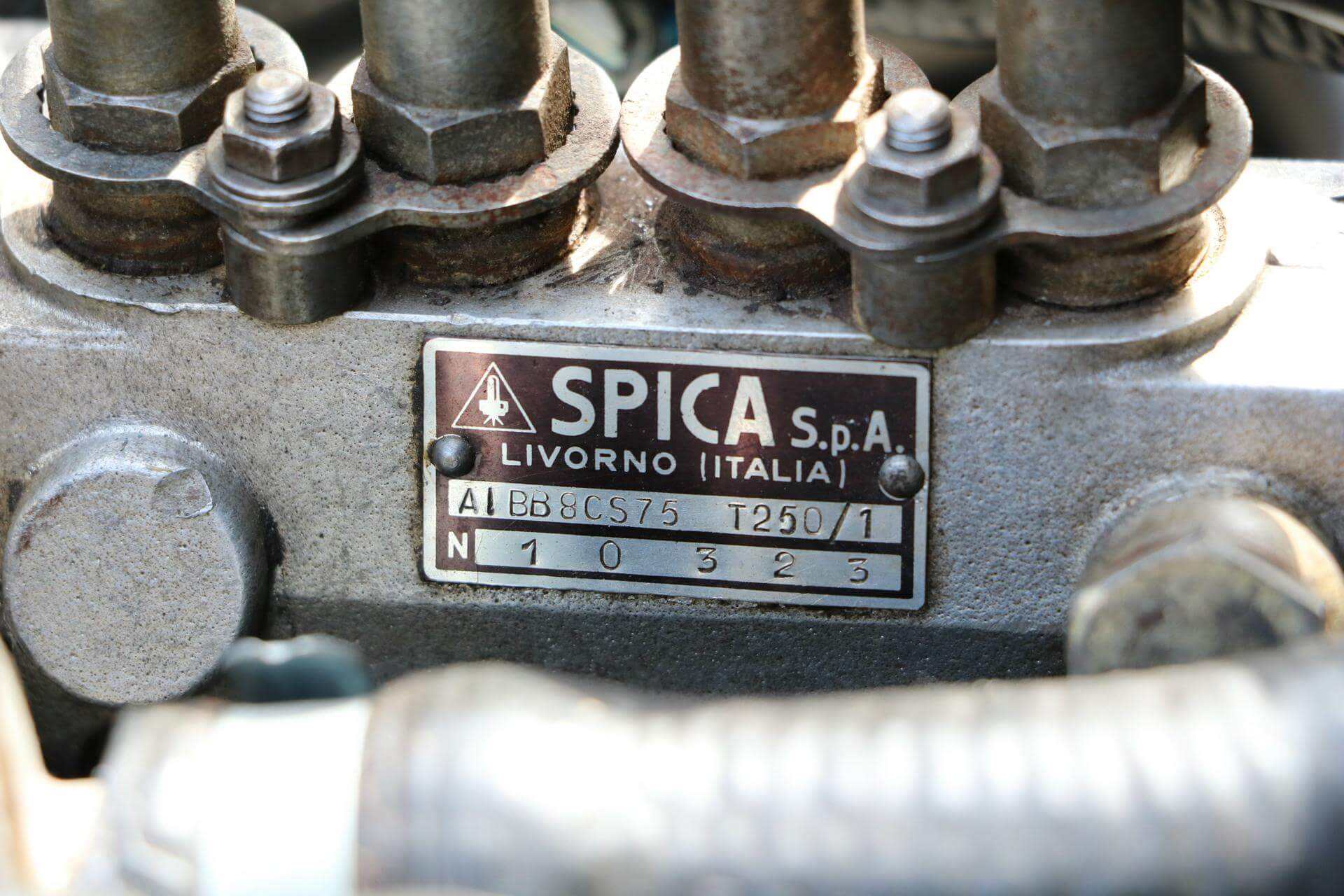 SOLD!
One of the best driving Montreals we have ever had
Technically perfect
Beautiful Bertone design
Nice history file with invoices of all work carried out

Named after a Canadian city

The first production car, Tipo 105.64, was shown at the 1970 Geneva Motor Show and was quite different from the original, using a 2,593cc dry-sump lubricated V8 engine with SPICA (Società Pompe Iniezione Cassani & Affini) fuel injection that produced around 200bhp, coupled to a five-speed ZF manual gearbox and a limited-slip differential. This engine was derived from the 2-litre V8 used in the 33 Stradale and in the Tipo 33 sports prototype racer; its redline was set at 7,000 RPM, unheard of for a V8 at that time.

The chassis and running gear of the production Montreal were taken from the Giulia GTV coupe and comprised double wishbone suspension with coil springs and dampers at the frond and a live axle with limited slip differential at the rear. Since the concept car was already unofficially known as The Montreal, Alfa Romeo kept the model name in production. Stylistically, the most eye catching feature is the car’s front end with four headlamps partly covered by unusual “grilles”, that retract when the lights are switched on. The Montreal was more expensive to buy than the Jaguar E-Type or the Porsche 911. The car was in production between 1970 and 1977, total number built was 3,917.

Production of this Alfa Romeo Montreal finished on 8 March 1972. After production was finished the car found its new home in Naples, Italy and was registered on the 24th of March the same year. Little is known of its early history. Around 2002 the car was imported into The Netherlands and bodywork completely restored. This restoration is very well documented by a nice set of photographs which we still have in our file.

In 2014 the car was bought by the last custodian of this Alfa Romeo Montreal who invested a fortune to have the car in perfect running order. The car is set on slightly lower suspension for better driveability and looks. The car is equipped with with EZ electric power steering, which can be easily adjusted to keep a perfect driving experience. The engine has been completely overhauled and so is the Spica injection system. We have sold a few Alfa Romeo Montreals in the last 10 years and without doubt: this is the best driving we have ever had.

A complete list of all work carried out is present in our history file and exceed easily 30,000 EUR.

This Alfa Romeo Montreal is for sale. Currently, the car is registered in The Netherlands and comes with a valid APK (like MOT/TUV/CT). We can assist in transporting the car worldwide. Please don’t hesitate to contact us for further details.