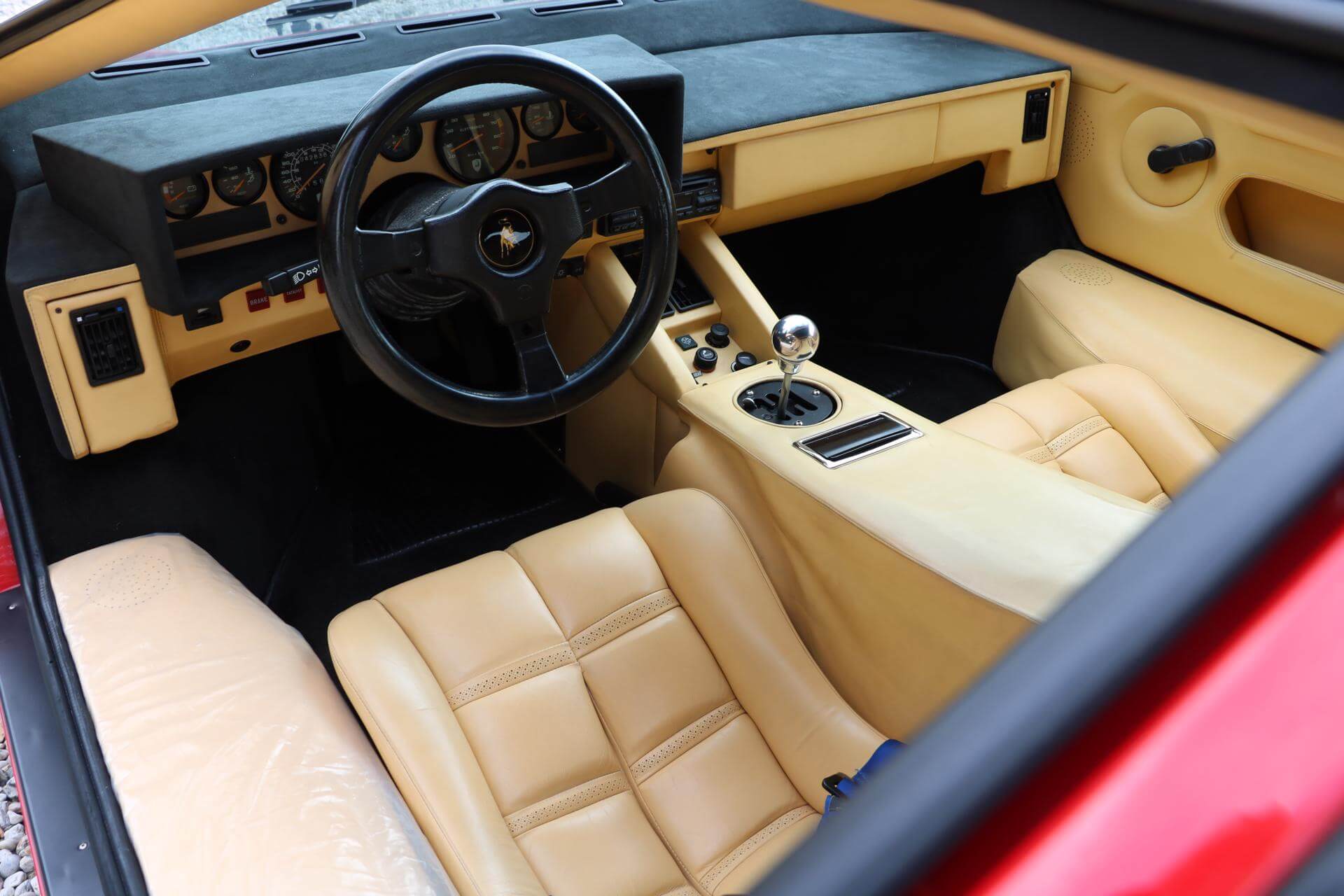 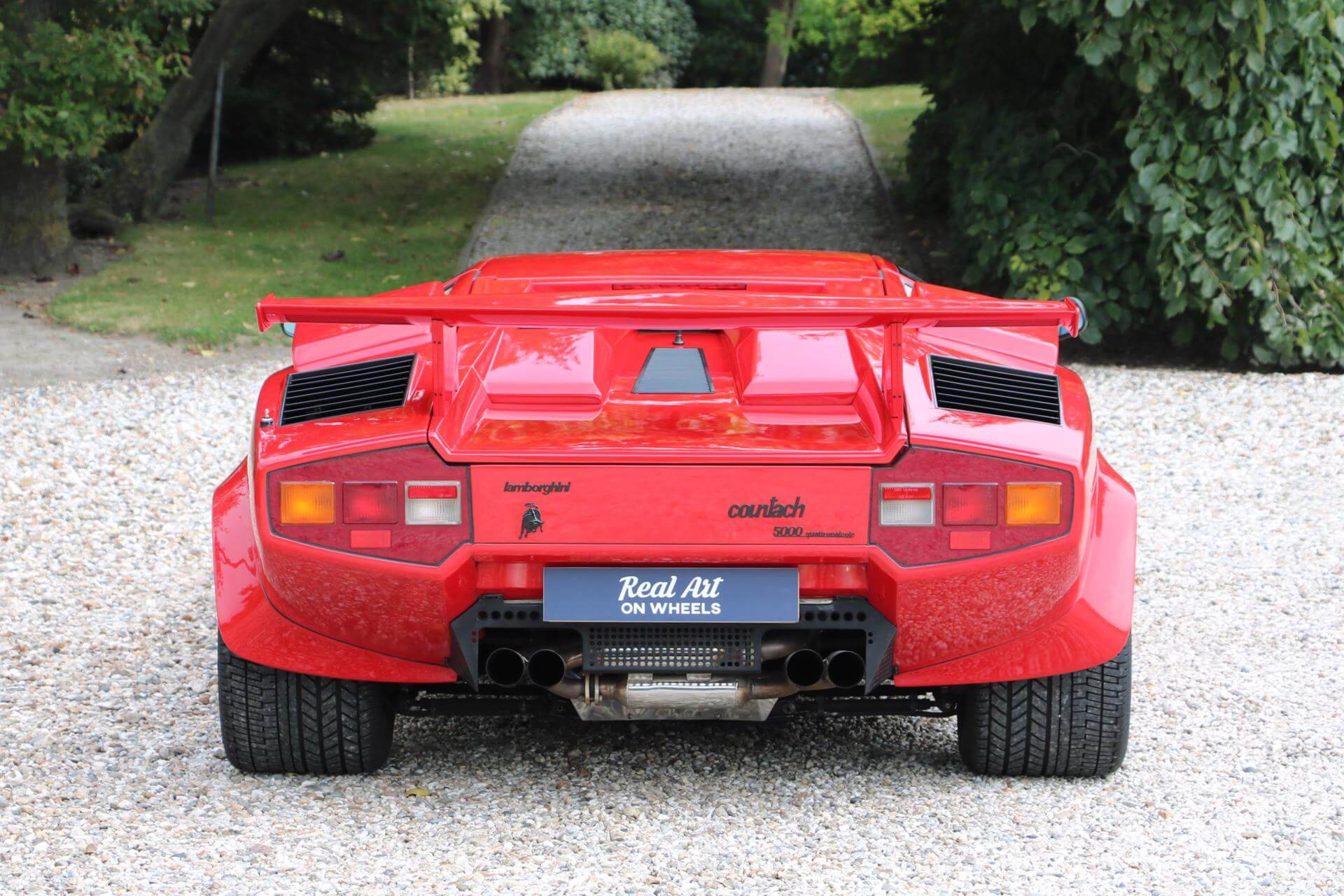 Marcello Gandini, working for the Bertone design studio, designed the Lamborghini Countach. His design for the Lamborghini Miura achieved commercial success and critical acclaim from the automotive press when it was introduced in March 1966. Following the Miura’s debut, Gandini began experimenting with a new, more angular and geometric design language in a series of concept cars for Lamborghini, Alfa Romeo and Lancia. In particular, the 1968 Alfa Romeo Carabo and 1970 Lancia Stratos Zero were direct styling precursors to the Countach. They were both entirely wedge-shaped, mid-engine designs with a low, flat front, truncated tail and angular details. Both of these concept cars featured unconventional methods of entry into the passenger compartment – a hinged windshield for the Stratos Zero and scissor doors for the Carabo—foreshadowing the scissor doors used on the Countach. The Countach was available in different series between 1974 and 1990.

With the introduction of the LP5000 QV in 1985, the engine size was increased to 5,167 cc (5.2L) and given four valves per cylinder, quattrovalvole in Italian, hence the model’s name, Countach LP5000 Quattrovalvole or 5000 QV in short. The carburetors were moved from the sides to the top of the engine for better cooling—unfortunately this created a hump on the engine cover, reducing the already poor rear visibility to almost zero. Some body panels were also replaced by Kevlar. In later versions of the engine, the carburetors were replaced with Bosch K-Jetronic fuel injection system. The Fuel injected engine was rated at 420 horsepower. This K-Jetronic system proved more reliable than the Weber carburetors on the earlier cars.

This Lamborghini Countach 5000 QV left the factory on August 11, 1987 in Sant Agata with destination Lamborghini East in New York. Produced for model year 1988. In 1995, the car was imported into The Netherlands and with the same owner for the last 26 years. When in his possession he drove the car on many trips through Europe and Lamborghini club events. The car was featured in many Dutch magazines. Besides some recent invoices for maintanance, we have an original instruction book and parts catalogue with the car available. This is a true icon of 1980s design. In a very desirable color combination of “Rosso” over a Champagne-colored leather interior, matching the original wheels in “Oro”. Between the two seats, the car features a dedicated autograph of Mr. Valentino Balboni.

This 1987 Lamborghini 5000 QV is for sale. Don’t hesitate to contact us for further details.