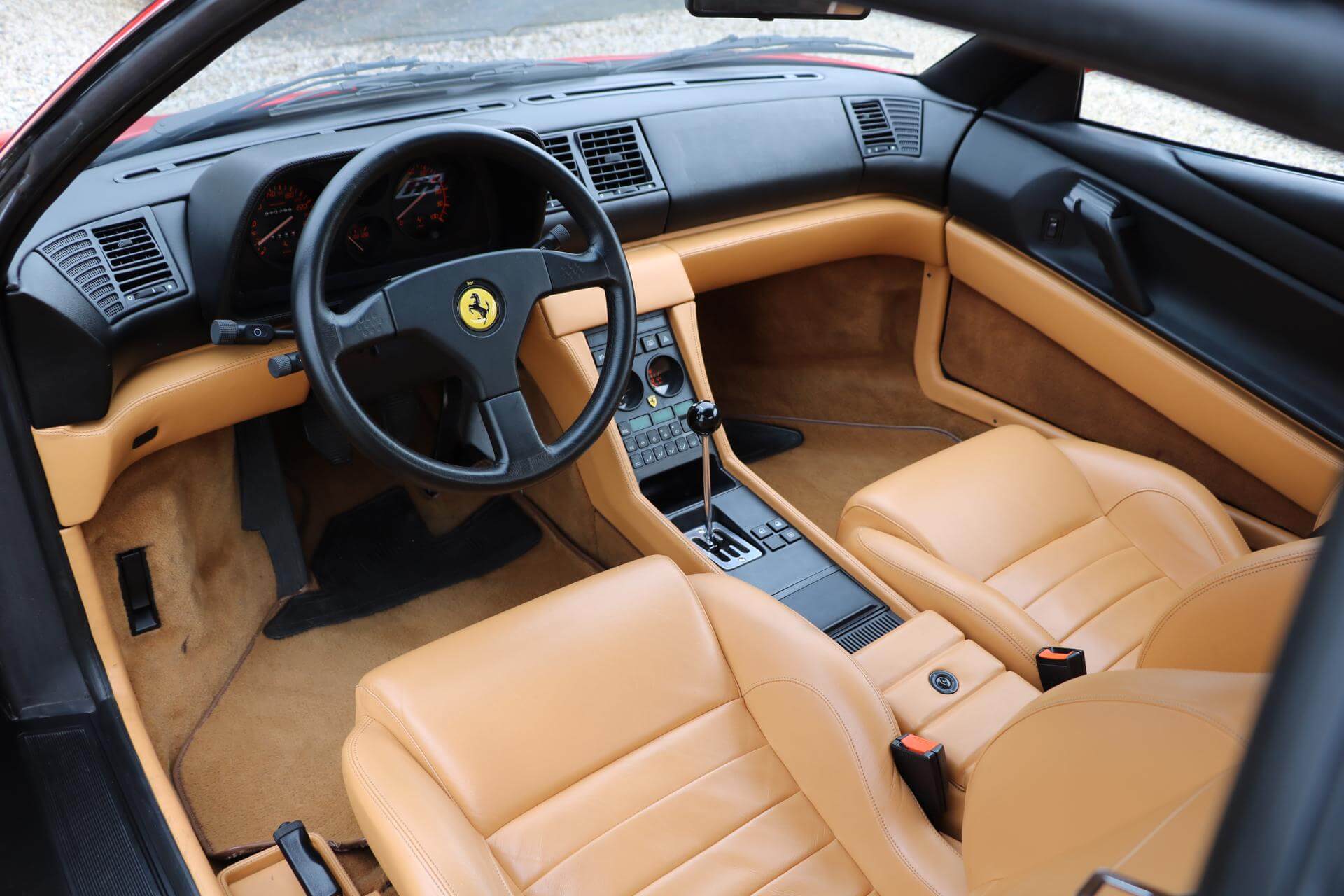 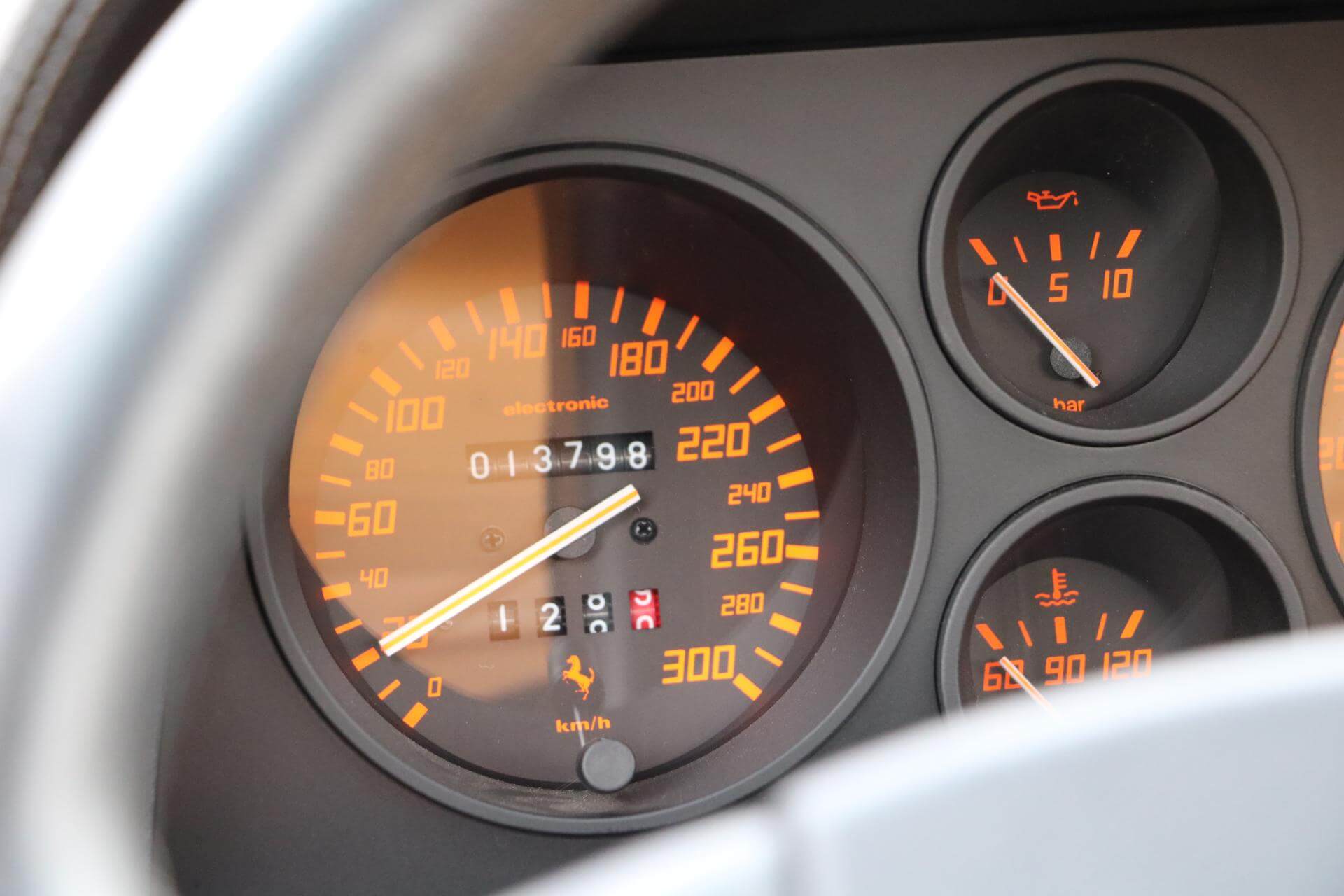 This unique Ferrari 348 TB was produced in late 1990 and delivered through Graber Automobile in Switzerland. Originally delivery was planned for November 19, 1990 – but the first owner did not collect the car from Ferrari dealership. The car remained un-registered and un-used until July 17, 1995 – when the first custodian took delivery of the car and registered her. This Mr Agostino Cafiero from Muri (Switzerland) was charmed by the new styling of the Ferrari 348 GTB. Therefore he asked the salespeople at Graber to change the black (lower) bodyparts to red. His ‘new’ Ferrari 348 TB would look like the brandnew GTB’s.

The car was carefully driven and maintained through official Ferrari dealer Graber Reparatur AG and later Sportgarage Ruch. With the car we have the original leather booklet including all books: Service, Instruction, Dealer network, Becker Autoradio-Service and the Swiss “Abgas-wartungsdokument”.

On my birthday – March 14, 2008 – the car was sold by Sportgarage Ruch (who had known the car since 1999, to the second owner. This second owner was a Swiss/Dutch collector and the car became part of an impressive Ferrari collection. He bought the car with 10.700 KMs. He imported the car into The Netherlands and registered the car here.