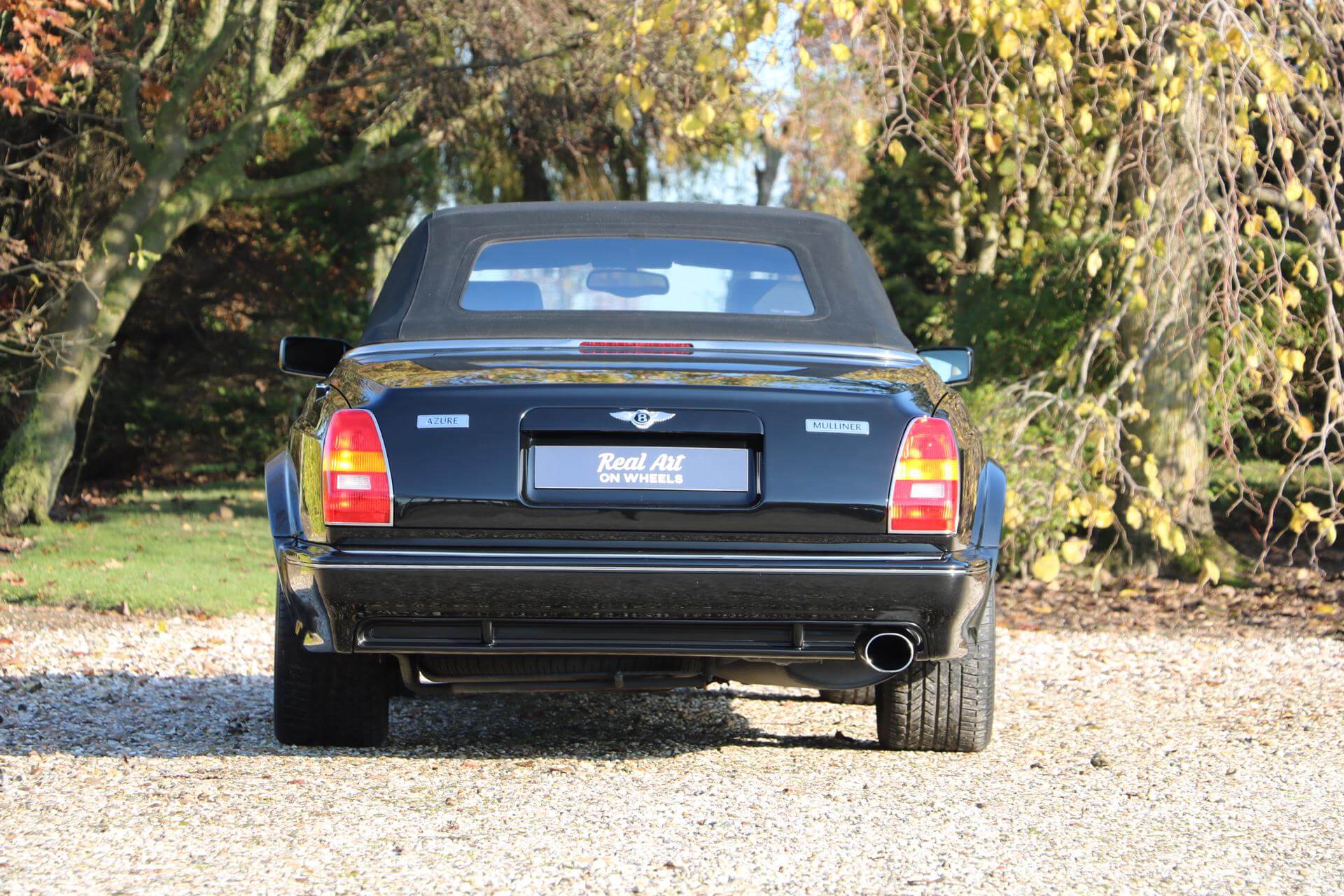 The development of the Bentley Azure

The Bentley Azure debuted in March 1995 at the Geneva Motor Show on the platform of the Continental R model, which had been originally launched in 1991. Production only crept to a start, with a mere nine examples finished in the first year – in 1996, after full production had started, no less than 251 cars were finished. Pininfarina assisted in the two-year process of turning the Continental R into a full four-seater convertible, and also built the shell and soft-top at their factory in Italy, largely from parts sourced in the UK. Final assembly was then carried out at Crewe. A roll-bar was never considered, which necessitated extensive reinforcing of the chassis. At 5,34 meter in length and 2,608 kg in weight, the Bentley Azure often surprised onlookers with its size and bulk, intended to both convey a sense of “presence” and allow for comfortable seating of four adult passengers.
Power came from the company’s stalwart 6.75-litre V8, featuring a single, intercooled Garrett turbocharger and rated in the region of 365 horsepower – Rolls-Royce and Bentley did not yet give official power numbers at the time of the Azure’s introduction. By the time production began in earnest, a new engine management system from Zytek meant a slight power increase to 390 horsepower at 4.000 RPM and 750 Nm of torque at 2,000 rpm; power was routed to the rear wheels via a modified, General Motors sourced, four-speed 4L80-E automatic transmission. With a 0-100 km/h acceleration time of 6,5 seconds and a top speed of 241 km/h, the Bentley Azure was very fast for a car of its size and weight.

Owing to the limited space and workforce at Bentley’s Crewe factory, the Azure’s electrically powered convertible top made from thick fabric was designed and manufactured by Pininfarina, which significantly added to the vehicle’s cost.

From 1999 until the end of production, the Azure was also available in “Mulliner” trim, which added special bespoke trim and additional equipment and allowed the buyer the option for further customization during the build-process; pricing varied by car, as equipment could be significantly different from one to the next depending on customer requests.

This Bentley Azure Widebody comes with the Mulliner upgrade. A highly bespoke Bentley that we offer directly from its first and single owner. On December 5, 2001 the car was delivered through the former Rolls-Royce and Bentley dealership “Hessing”. The car comes with the desirable widebody coachwork, tuned 6.75-litre turbocharged V8 with an incredible 427 horsepower. The car comes with a full service history, all books and keys and has driven 14,000 KMs since new. The car is in brand new condition and ready to be enjoyed.

This Bentley Azure Widebody is for sale. Please don’t hesitate to contact us for more information.