THE DAYTONA FROM TENERIFE

The summer of 1970 must have been a long summer of waiting for Mr. Makowsky, the first owner of this wonderful Ferrari 365 GTB/4 Berlinetta. As there was no official Ferrari dealership on the Canary Islands these orders were usually taken by an Alfa Romeo dealership that contacted the factory directly. It’s being said that Mr. Enzo Ferrari was personally involved in the specification of this Daytona when Antonio Vela Murillo (the Alfa Romeo dealer in Santa Cruz de Tenerife) and Mr. Makowsky visited the factory. The configuration of this plexiglass Daytona was very tasteful: a white car with a green stripe over a green leather interior. In copies of factory documents we read that the production was completed on September 7, 1970. However, it was not before the end of October before Mr. Makowsky took delivery. The originally fitted license plates remained with the car all its life and are still presented.

In May 1973 the car was acquired by the third owner. He had the car serviced at Autofficina Sauro in Bologna in 1978. They fitted a new exhaust and new tires. On October 3, 1979 the car was officially exported from Spain and registered in Switzerland. Until 2006 the car would remain in Switzerland, and somewhere in that period the car received a brand new factory replacement engine and gearbox. It was in May 2006 when the car was exported by a French dealer to a collector in Japan. In Japan the car was cherished in a Ferrari collection together with an early Dino 246 GT, a 365GT4 BB and an alloy 275 GTB. In 2012 the car was sold through California based dealer Symbolic Motor Cars.

It was acquired by Monaco resident David Holder, owner of the Ladurée Group (famous for their Macaron production bakeries). He send the car to Switzerland where it was restored by Ferrari Lausanne & Geneva (Modena Cars) to a color combination of his taste. In 2016, the car was acquired by the last Swiss owner who planned a comprehensive restoration back to original specification.

The car was send to Toni Auto in Maranello, Italy where it was restored completely to the specification how it was ordered by its first owner Mr. Makowsky back in 1970. It became the resurrection of the Daytona from Tenerife. The interior was completely restored by Tappezzeria Luppi in Modena. Right after the restoration was finished the car was presented at Ferrari Classiche and it received the famous Ferrari Red Book to confirm its original condition. The car is complete with original books and leather pouch and a new set of tools.

In 2020 the car was imported from Switzerland into The Netherlands and EU import taxes were paid. The car was road registered and technically approved for APK (similar to TUV/MOT/CT). In 2022 the car was detailed at Real Art on Wheels. The current owner drove her sparingly on dry days. According to Marcel Massini only 39 Daytona’s were produced in Biaco Polo 20-W-152 and just two units came with a Verde VM103 interior. This is the only car with a green stripe.

This unique Daytona is for sale. Please don’t hesitate to contact us for further details.

With special thanks to Federico Vecchio to capture this beauty with his camera and Marcel Massini for his research. 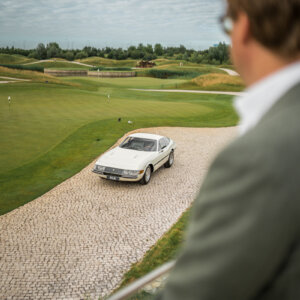 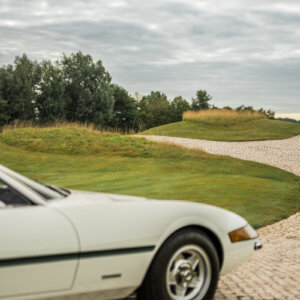 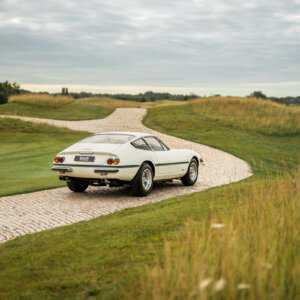 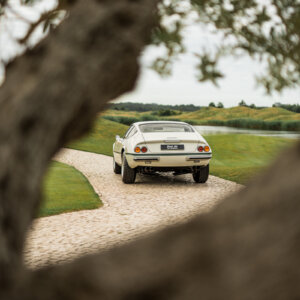 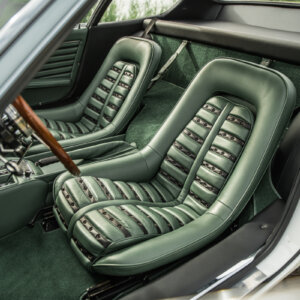 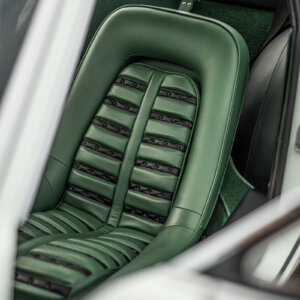 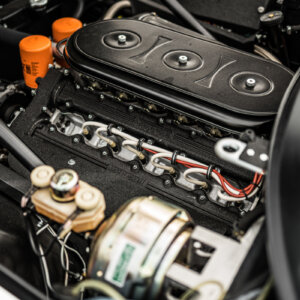 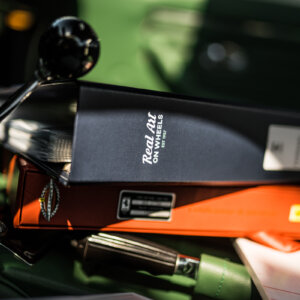 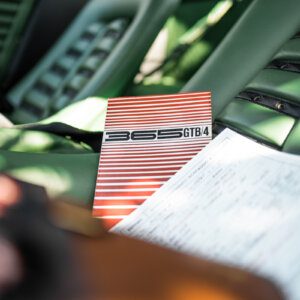